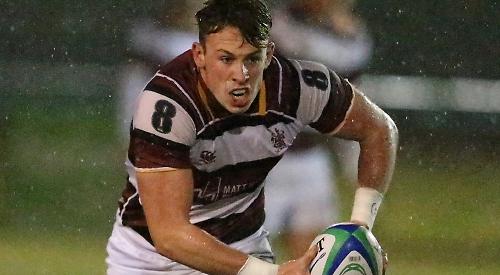 A STUDENT and rugby scholar at Shiplake College has been signed to the Wasps senior academy.

Fyn Brown, who plays in the back row, has been with Wasps since he was 13 after initially being selected for its development players programme.

He has also been playing in the under-18 squad for England.

Fyn, who is currently studying PE, economics and business in the sixth form, will go into full-time rugby with Wasps after leaving Shiplake this summer.

He said: “Ever since I started playing rugby, it has been my dream to be a professional player.

“I really enjoy being in a team environment, all working towards the same goal and helping each other to improve.

“In rugby you always have people at your side throughout. There are good days and bad days and you can always rely on your teammates.

“I have been with some of the other players who have been awarded contracts for five years and we have become good friends.”

He will be moving into a house in Coventry with other players and a usual day will involve an early breakfast, a weights and a rugby session, followed by recovery.

Fyn said: “I’m really excited about this opportunity. However, I also know now is the start of the hard work. I’ve got to this point and now it is about pushing on and making this into something that I want to do for the rest of my life.”

He thanked staff at the college for their support.

Sam Beckett, director of rugby at the college, said: “Despite the rugby season being on hold for most of Fyn’s final year at Shiplake due to the coronavirus pandemic, we are immensely proud that he has been awarded a senior academy contract with Wasps.

“Even though there have been no competitive matches this season, Fyn has been developing his skills at Shiplake, at Wasps training sessions and England under-18 camps.

“Fyn has been an exceptional role model on and off the field but it is his phenomenal work ethic that certainly stands him out from the crowd.

“He is an excellent ambassador for the school and is well-liked and respected among the school
community.”

• Former Shiplake College pupil Archie McArthur, who plays as a loosehead prop, has also been signed to the Wasps senior academy.