Time called on pub over costs 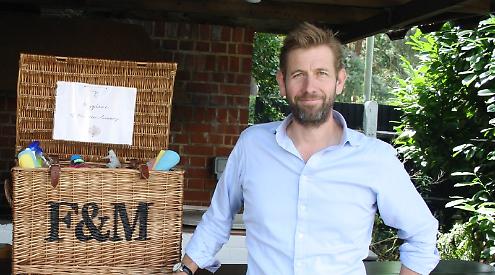 AN award-winning pub in Shiplake has closed due to spiralling costs and a downturn in trade.

Landlord Simon Cromack said he had no option but to shut the Baskerville on Monday as it was no longer financially viable.

He said energy costs had trebled, suppliers had increased their prices two or three times this year and the rent had increased by four per cent.

An acute staff shortage over the last fortnight meant the kitchen at the free house in Station Road was unable to open, which made trading more difficult.

Mr Cromack, who took over the pub two years ago, said he had looked at ways to reduce costs, including passing some on to customers but he didn’t think this was acceptable.

In an online message to customers, he said it was a “gut-wrenching” decision to close the pub, which his parents, Graham and Mary, ran for four years before retiring to Spain in 2008.

Pub regulars and residents were upset at the closure, which means the village no longer has a pub as the former Plowden Arms at Shiplake Cross closed in January 2019. It is due to re-open as the Plough later this year.

Mr Cromack, an experienced business caterer, said: “It is with huge sadness that I have had no option but to call it a day.

“Over the past couple of weeks in particular we have struggled hugely to staff our kitchen as well as having a few shortages in front of house and no housekeeping.

“However, this has really only been the tip of the iceberg.

“The combination of huge operating costs never before seen in hospitality, alongside a very significant downturn in business, has set us on this path.

“Our energy costs have now surpassed three times what they were since our last full year’s trading accounts in 2019, pre the coronavirus pandemic.

“We did all we could to lock ourselves into the best of the terrible energy deals available but our hands were tied.

“Overall, we have seen the majority of our suppliers’ prices increase twice this year and in some cases three times.

“I appreciate all industries have seen big price increases, however pretty much everything we touch in the hospitality industry has seen unprecedented hikes. This has naturally meant that trying to find the sweet spot with regards to what to charge for our offer has been a relentless task.

“To charge the normal margin on much of our food and drink would have seen prices that made it untenable for lots of our customers. The downturn in anticipated trade has been vast over the past month-and-a-half without any further price increases, hence my decision to not risk further increases.

“Perhaps for some households fortunate enough to have sufficient disposable income it would have been acceptable but from the trading footfalls we have seen and the average spends, I believe this was the right decision.”

Mr Cromack, who lives in Ashampstead in West Berkshire, said he and the two chefs had looked at simplifying the menu and buying in quality ready-to-use items, such as burgers, sauces and patés, to reduce preparation time but this would have meant smaller profit margins.

He said: “Against high fixed costs such as rent, utilities and other
general costs just to keep a building this size open, it would not fare any better than the current menu offer and we already had a substantial casual menu selection which included burgers, fish and chips and so on.”

Mr Cromack said that usually at this time of year, the business would have generated enough cash to see it through the leaner months ahead but this year it had not even come close to doing this.

He said: “To go into the autumn and winter in deficit, let alone a standing still position, is impossible.

“The additional money to fill the hole is vast and with such an uncertain future with regards to the cost of living crisis I cannot put myself or the business in such a vulnerable position.”

Mr Cromack said he needed to think of his family, his wife Steff, who works for the Horticultural Trades Association, and teenage daughters Ella and Nelle. He said: “It’s not the hours — that comes with the territory — but recently these have become ridiculous and the kids do wonder who you are. I cannot afford to support my family based on the minimal salary I take from the business.

“My ambition was to build the business to become a viable proposition 12 or so months down the line but two years and two months later, this is not the case and I have had to react quickly.”

He said he and the staff had tried to create a business at the heart of the community with an appeal and a reputation to draw in people from further afield.

“My team have gone above and beyond to make what we do very special. They are an extremely special bunch of people and I am forever grateful to them.

“I am so sorry I have not been able to keep the pub open and I hope someone will come along and get it back up and running soon.”

Mr Cromack took over the pub, which is owned by Tavern Propco, from Kevin and Kate Hannah, who ran it for almost nine years after Mr Hannah’s parents, Allan and Kathleen, handed the lease to him after 10 years.

For the last four of those years Mr Cromack’s parents took charge of the day-to-day running of the pub.

In 2020, the Baskerville won pub of the year in the Visit England Awards for Excellence. It was awarded one AA rosette in 2021 and featured in the AA Restaurant Guide 2022.

He owns a food and drink agency which an associate has been running so he could devote his time to the pub.