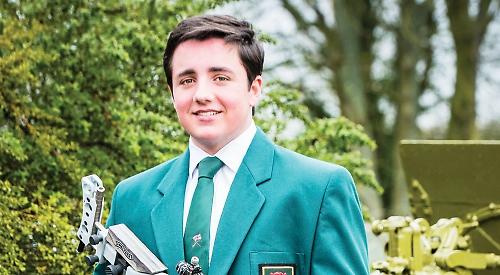 CHARLIE DART, of the Oratory School in Woodcote, has been selected to represent England in a school’s national match against pupils from Scotland, Wales, Northern Ireland and the Channel Islands later this month.

He has already had previous national experience, when he was selected to tour the Channel Islands with the UK U19 cadets last summer and at 16 was the youngest member of the team.

Charlie, who is deputy school captain, is the first pupil from the school to be nationally recognised in small-bore shooting.