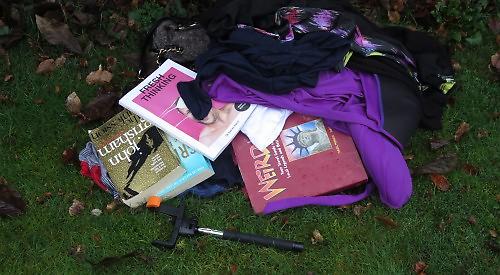 THIEVES rifled through a bag donated to a charity shop and then dumped it.

Peter Rickards found the bag on his drive in Green Lane, Sonning Common, after it was taken from outside the Christian Community Action shop in Wood Lane.

The contents included books and clothes.

Mr Rickards, 80, said: “This was obviously stuff for the charity shop and when I saw the bag it was ripped and had been rifled through, then left there.”

He said it was the third time this year that he had found bags of donation goods dumped on his drive.

“On the previous two occasions it had rained and all the stuff had got really wet,” he said. “This time it was dry and I managed to take it back to the shop.”

Mr Rickards urged people to drop goods off during the day when the shop is open.

He said: “That’s the only way to stop the thieves other than putting a camera up. Why should the public’s generosity be taken advantage of?”