Village vet retires but will still work at race meetings 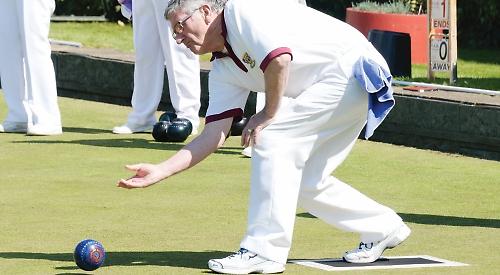 Melvin Stafford left MS Vets in Green Lane after the practice was sold.

Mr Stafford, 70, from Tokers Green, said: “I have really enjoyed my time in the village and have met a lot of really nice people.

“Doing surgery and operations was very satisfying and I shall miss that. It was a great way to get to know people.”

Mr Stafford grew up in Norfolk and as a child would often visit a farm in Wiltshire with his family.

He considered becoming a farmer but decided there were better prospects as a vet.

He completed his A-levels at City of Norwich Grammar School and won a place at Queens’ College, Cambridge, to study veterinary medicine.

Mr Stafford said: “Everybody is surprised to hear now that at that time they were pushing people to go to university.” He qualified in 1972 and went to work at a practice in Worcester, mostly visiting farms to treat animals.

While there he met his wife Jackie, with whom he has two daughters, Rachel and Clare.

The couple moved to Sonning Common in 1976 when Mr Stafford went to work at the practice in Green Lane, which was then run by John Morris. They lived above the practice in what is now part of the veterinary centre.

The couple later moved to Henley Road, Caversham, and then Tokers Green in 2004.

Mr Stafford became a partner at the practice in 1978.

He said: “It’s a good practice and it’s a nice area to be in. We had a young family and I’ve never seen any reason to move because the practice was doing well.

“The job has changed enormously over the years. There used to be a lot of driving around and helping with huge amounts of livestock as people would call us out. Now the main work is cats, dogs, rabbits and the like.”

Since 1989 Mr Stafford has also worked as an accident and emergency vet at Kempton racecourse.

He also covered meetings at Epsom and Sandown, working a total of 65 a year. He will continue to do this in retirement.

Mr Stafford said: “It’s a very satisfying part of my job. It’s a team effort and we deal with the horses and do our best to get them home safely.

“It’s something I enjoy and will keep doing, even in cold weather. It’s a good set-up and we do the job properly, even though we might not be visible.

“If something happens it’s not always possible to save an injured horse but more go home than people realise.

“My favourite story is from when I was on my way home from Kempton. I was half way when we got a call saying a horse had gone lame.

“We went back and bandaged up the horse. It was operated on the next day and went on to win at Kempton the following year before becoming a showjumper. I enjoy being part of things like that.”

During his retirement Mr Stafford also plans to spend more time playing bowls. He plays indoors at Whiteknights in Reading during the cold months and outdoors at Shiplake in the summer.

MS Vets was bought by the CVS Group and will become a branch of Active Vetcare, which runs eight practices across the Thames Valley.

Mr Stafford handed over to the new owners on November 21 but stayed on as a locum for a few weeks to help with the transition. The practice has 10 staff.