Father Christmas tours village by tractor for another year 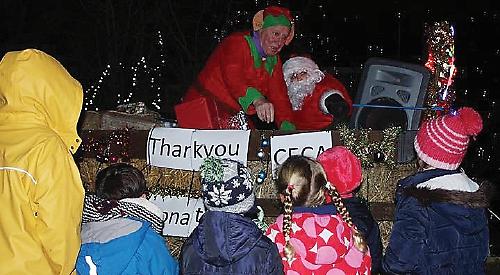 The village’s second annual Santa on a Tractor event took place on Tuesday last week to raise money for the village youth club Club SC and the Ways and Means Trust in Peppard. A trailer was decorated by villagers and carried Father Christmas and his elves more than four-and-a-half miles around the village, finishing in Widmore Lane.

Co-ordinator Helen Coyne said: “It was such good fun and it was really lovely to see all the children. A few got a ride too. I think the bubble machine was a hit.”