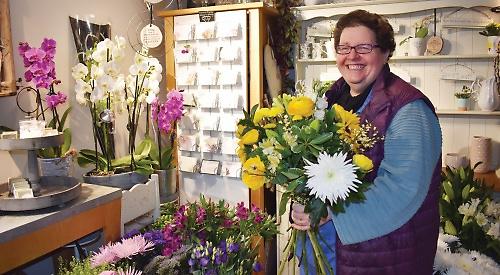 A FLORIST in Sonning Common is appealing for nominations for community champions.

Erica Cunningham, who runs Brambles in Woodlands Road, is giving away 21 bouquets to mark the number of years she has been open.

She wants residents to nominate those who do good deeds for others, are dedicated professionals or support fellow members of the community.

The winners will then receive a bouquet in May and June, which are the best seasons for English flowers such as rhododendrons, tulips and peonies.

Mrs Cunningham said she wanted to thank the community for supporting her since she opened the shop in 1997.

“I would not be here if the people who lived here did not use me,” she said.

Nominations have to be made by April 30. There are entry forms in the shop.

Mrs Cunningham said: “I have quite a few already and they are all for people who do things in the village. There are others who are working more in the background. Some do what they do without wanting any recognition.

“There is no reason a nominee can’t be a man because men like flowers too.”

Nominations can also be sent by email to erica@brambles-sonning-common.co.uk

You should include the name of the nominee, their address and telephone number and your reason for nominating them.

You should also include your name, address and telephone number.