I help young people to be healthy and employable 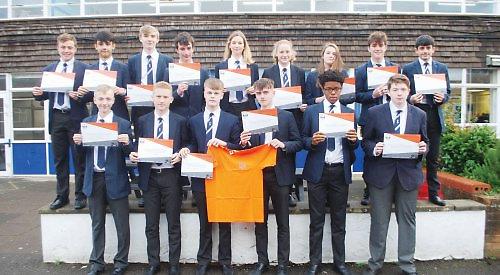 The mother-of-two is responsible for a successful scheme which trains teenagers to organise events and activities for younger children.

She devised Active Leaders when she was looking for a course for her daughter Sophie to take after finishing her GCSEs but could find nothing that would improve her CV.

Mrs Snowden, a trained PE teacher and former top-level athletics administrator, spent weeks writing the course, which covers basic first aid, child safeguarding, how to set up a sports club and how to be motivational and organised in leading an activity.

Since the first course more than two years ago, Active Leaders has grown as it has been taken up by schools in order to help with their pupils’ development. It has helped dozens of teenagers gain work experience placements and part-time and summer jobs.

The first five-day course was held at a holiday camp and sports and activity centre in Winnersh run by Star Hotshots. Eight girls and three boys took part.

Mrs Snowden worked with Rachel Teague, a PE teacher at the Abbey Junior School in Reading, to become the first trainer.

The next course took place at Cranford House School in Moulsford where 26 year 9 and 10 pupils took part, helping them build towards their bronze Duke of Edinburgh’s Award.

Since then Active Leaders has been rolled out to Chiltern Edge in Sonning Common and Langtree School in Woodcote, where the courses are run in partnership with local primary schools so the trainees can put into practice the skills they have learned.

The qualification has also been recognised by Camp America, the Oxford International Education Group and Careers in Sport.

This summer, there will be about 20 courses — four times as many as last year — and the founder is having discussions with councils and Premier League football clubs and is even considering starting a Junior Active Leaders programme for primary school children.

Mrs Snowden, of Kennylands Road, Sonning Common, recalls how Sophie, who is now 18, was unable to find this sort of course when she entered her GCSE year at Cranford House.

She says: “I was looking all over but there was not one available for my daughter and friends that provided what they needed.

“They had a wonderfully supportive and active school but at all schools this diminishes when they get into their GCSE years.

“It’s because school are gauged on results and until they are measured on more than that it’s going to be an issue to keep pupils active.”

Mrs Snowden designed Active Leaders to be inclusive and flexible and not just for “active” teenagers, with a focus on increasing the employability of the trainees. Each youngster who completes the course is given a reference.

She has found that parents like it because it teaches their children to be more responsible while teachers have said the successful trainees are prepared to take on extra duties and communicate more.

Mrs Snowden says: “I have shown it to employers like Price waterhouseCoopers and GlaxoSmithKline and found these are exactly the skills they are looking for in their staff.

“It does not matter whether you are sporty or academic, what’s important is you are willing to have a go. It can be part of an enrichment programme or a broader sporting programme.

“It has also been satisfying to see the kids develop through the courses. They say it has given them confidence to get a part-time job. They have learned how to present themselves and be ready to go.”

Mrs Snowden drew on her own professional experience to write the programme.

In the Eighties and Nineties, she worked for the International Association of Athletics Federations, the sport’s governing body, helping to run events worldwide and working with partner companies and athletes including Great Britain stars such as Linford Christie, Sally Gunnell and Roger Black.

When the IAAF moved its headquarters from London to Monte Carlo, she went to work for Alan Pascoe Associates, a sports marketing agency run by the former GB hurdler.

At the time, the company had the commercial rights to show athletics on television in the UK and she helped organise athletics meets at venues such as Crystal Palace, Gateshead and Edinburgh. In 1998 Mrs Snowden and her husband Phil, who works for computer software giant Oracle, moved from London to Sonning Common to raise a family — as well as Sophie, the couple have another daughter, Phoebe, who is 16.

Mrs Snowden continued to work one day a week and when her daughters were at Sonning Common Primary School, Mrs Snowden became a member of the parent-teacher association.

The she founded On Your Bike, an annual fund-raiser in which hundreds of local families take part.

She worked with Dr Andrew Burnett, a keen cyclist and then a senior partner at the village health centre.

The idea was to engage the community and promote the health benefits of cycling.

Mrs Snowden recalls: “The first year was popular and we had brilliant weather. We didn’t spend any money organising it and we found lots of people who were willing to help. Andrew Burnett helped sort out the routes.”

The event has now been running for 12 years and has raised more than £40,000 for the school and other good causes.

Mrs Snowden continued to work with Mr Pascoe until 2015 and then did some freelance work before she began working on the Active Leaders programme.

Her aim is to help young people be more active at a time when the news is full of headlines about Britain’s obesity crisis.

She says: “There needs to be more of a focus at secondary school level in terms of activity, sport and health.

“If you don’t encourage good habits when they are children it affects them in later years when they become parents and it all starts again.”

Mrs Snowden wants her course to be accessible to all. She is trying to find ways to offer bursaries for those who want to do the course but can’t afford it.

The cost of the course depends on when and where it is delivered, with factors such as if it is subsidised and done within school hours or as an extracurricular activity.

“What we are delivering is really good quality,” she says. “It’s a form of professional development opportunity where people are becoming trainers and deliverers.

“There is a lot of talk about mental health, diabetes, obesity and inactivity but I’m concerned that nothing is being done.

“I’m providing a programme that might not tick all the boxes but people should give it a go and we can see how it helps.”