Carol Evans, journalist who could write about anything 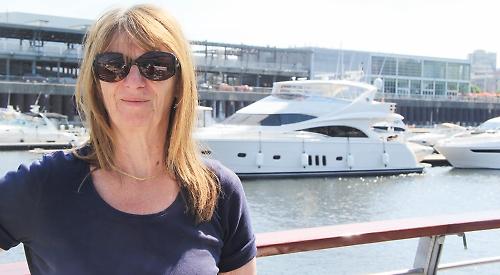 FORMER Henley Standard reporter Carol Evans was born in 1947 in Reading, where she lived in Cardiff Road and went to EP Collier School.

In 1958 she moved temporarily to her mother’s home town of Stockton-on-Tees to live with her uncle while her father was building their bungalow in Woodcote.

After studying at Henley Grammar School and Reading Technical College, she joined the Foreign Office and later worked at the Daily Mail.

She returned to Woodcote in 1969 and went to work at The Henley College.

She met John Evans in 1975 and they soon married and had two children, Neil and Anna.

Once her children were at school, she joined the Henley Standard as the correspondent for Sonning Common, where she and the family had set up home.

Although she initially worked only part-time to fit in her family commitments, her page became a must-read for village residents, with local organisations and community groups keen to get a mention in her columns. With an empathetic interviewing style and a fluent way of writing, she was soon asked to cover other stories on the paper and developed an ability to write about any subject.

Her “Carol on Friday” page was a particularly popular feature, while she was also a perceptive and keen drama critic.

Despite her extreme modesty about her journalistic talents, Carol also wrote for other publications including Berkshire Life, a luxury travel magazine and later the Reading Evening Post.

She was well-liked and respected at work as a conscientious and trusted pair of hands who could write accurately and intelligently about any topic as well as for her warmth and wit.

She was also kind to trainee reporters, saying she thought about how she would want her own children to be treated if it was them.

When her husband retired in 2011, she joined the Sinodun Players in Wallingford and became the press officer for the Corn Exchange, where she was able to use her old contacts and skills to successfully promote its events right until her death.

She also edited the newsletter of the Oxfordshire Drama Network and served on the committee of the Chiltern Players, where she was as at home helping front of house as she was clearing out cupboards looking for props.

She and John enjoyed travelling to their home in Chamonix, France, and to other parts of Europe as detailed in an entertaining blog,
hotchocolate@altitude

She took up skiing in her fifties, enduring an accident in 2010 when she had to be airlifted off a mountain with a dislocated shoulder and fractured arm.

Carol died on October 2, a year after being diagnosed with lymphoma. She leaves her husband, children and four grandchildren.