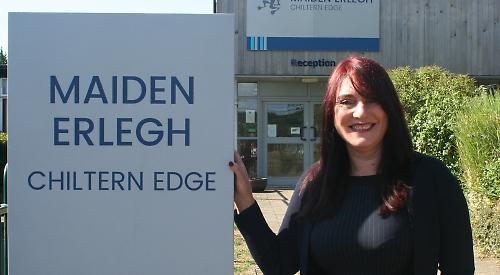 RESIDENTS of Sonning Common are divided over plans for 50 new homes in the village.

The development would be built on 2.6 hectares of land belonging to Maiden Erlegh Chiltern Edge School in Reades Lane.

The Maiden Erlegh Trust, which took over the school last year, says it would provide funds for improvements and new infrastructure.

The site, which includes school playing fields and a former nursery building, is earmarked for development in the Sonning Common neighbourhood plan, which passed a referendum in 2016.

The trust, which is working on the proposal in partnership with estate agent Savills, also says the scheme is supported by South Oxfordshire District Council, the planning authority, as it could provide more “affordable” homes.

It plans to appoint a developer after it has considered all the feedback from the 54 people who attended a public consultation meeting at the school last month.

The trust says that a restrictive covenant will be written into the agreement with the developer so that if the site is sold, a triangular part to the south will not be developed.

Some residents at the meeting supported the proposal.

James Long, 78, of Kidmore Lane, said: “They are making good use of the land and incorporating different types of houses — small, more affordable units. They have gone to a lot of trouble and I think it would be acceptable.”

Others were concerned about both the number of houses and the impact on traffic. Marian Turner, 76, of Newfield Road, said: “I appreciate that the school needs the money to keep going and for all their repairs, but my concern is the amount of houses.

“There is another estate on the other side of the road so cars will be filling up Reades Lane and using the road when there are children coming into school. I am concerned about their safety.

“Also, the village does not have the infrastructure to cope with that many vehicles.”

She said: “In principle I can understand the benefits for the school.

“But everybody says they have to wait two weeks for an appointment at the surgery now.”

Erika Yarrow-Sodem, of Reades Lane, said: “I think there are too many houses. There’s already quite a lot of development in this road. Forcing houses against other gardens will result in overlooking.”

Jilly Gough, also of Reades Lane, said: “I am concerned about the proposal to build a house metres away from our garden. I’m going to have a great big build staring at me.”

Jonathon Peck, chief financial and operations officer of the trust, said: “This has got to work for the community as well.

“A lot of people I spoke to are in support of the scheme but clearly those who live in Reades Lane or Kidmore Lane are likely to be most affected and have concerns. We will work with them throughout the process to alleviate those concerns.”

“This is necessary because the school requires investment to bring its facilities into the 21st century to give the students the very best deal possible.”

A planning application is expected to be made towards the end of next year.