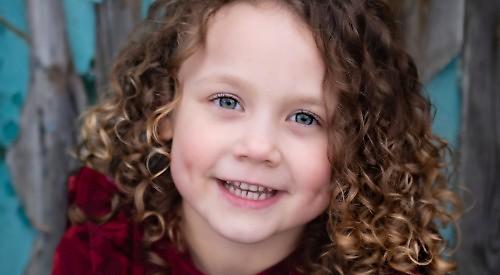 A GIRL from Sonning Common has made her catwalk debut at a fashion show in London.

She had a series of practice runs before having her hair and make-up done and taking to the runway for two shows in front of hundreds of spectators at Wyndham Place.

Her mother Claire said her daughter had enjoyed the experience and wanted to do more shows in the future.

Mrs Birkett applied to Mini Mode in October by submitting images of her daughter.

She said: “I asked Serenna if it was something she wanted to do and she was really interested in it.

“We submitted pictures and had to submit a video of her catwalk walk.

“They shortlisted her and and the decision was based on the size of the clothes that the designers were going to be promoting.

“She obviously fitted what they were looking for.”

In November Mrs Birkett was given the good news that her daughter had been chosen but initially kept the news to herself.

“I didn’t want her building the idea up in her head,” she said.

“I had to discuss it with her school and she had to get a child’s performance llicence. I told her a few days before the show.

“She was mostly excited to know she was going to have her hair and make-up done and that she would be wearing these pretty dresses and amazing outfits.

“I showed her some videos of what a catwalk looks like and how the music would sound. We practised walking in the hallway at home.”

Serenna travelled to London for a fitting and a catwalk “lesson” before the show with older children who had been part of last year’s show.

“They practise it without the crowd and then mums and dads can come and sit and watch so there are friendly faces in the crowd,” said Mrs Birkett.

On February 14 and 15 Mrs Birkett travelled to London with her daughter while her husband Matthew stayed at home to look after the couple’s other daughter, Camilla, two.

She said: “She did one show on the Friday afternoon and another on the Saturday morning. Friday is the consumers’ show and Saturday is open to the public.” Serenna modelled a signature shirt as well as a white top, long yellow tutu and a green belt by Bebebebe and a white dress by Princess Ford, which her mother said was her favourite piece of clothing.

She also wore a printed skirt, black top and a headband by Présent de l’ondée, a shorts and hoodie set by Billieblush and a green sparkling bomber jacket, sparkling trainers and culottes.

Mrs Birkett said: “She took most of it in her stride. I said to her ‘would you be interested in doing it again?’ and she said ‘yes, definitely’.

“She said she’d made a lot of new friends as well.

“I was so proud of her. At five years old to actually walk out in front of hundreds of hundreds of people wearing something you’re presenting... she didn’t falter, she didn’t wobble, she walked out and smiled.

“She came off and was so excited and jumping up and down, saying ‘what’s my next outfit?’ and she’d run off and get into the next dress.

“She said,‘I think I need to get my glitter touched up, Mummy’. She really enjoyed the glitz and glamour of it all.

“It’s fun and something to look back on in years to come.” Serenna was signed by modelling agency UFI in January and has already done photoshoots for smaller clothing companies.

She and her sister were also photographed to promote The Snowman exhibition at the River & Rowing Museum in Henley last year.

Her picture has also been entered into the Children’s Portrait Awards by photographer Neil Palmer, from Earley.

Mrs Birkett said she would support her daughter’s modelling career as long as she continued to enjoy it.

She said: “Ultimately, it has to be Serenna’s choice. We don’t put any pressure on her and we don’t want her to become body-conscious.

“We just want Serenna to feel confident and to feel happy and to enjoy what she’s doing.”

Mrs Birkett said: “Camilla turns up and puts the pretty dresses on and does a couple of spins because she’s two, whereas Serenna has to actually stand and pose correctly and think about posture.”