Fear of more development due to ‘vintage’ local plan 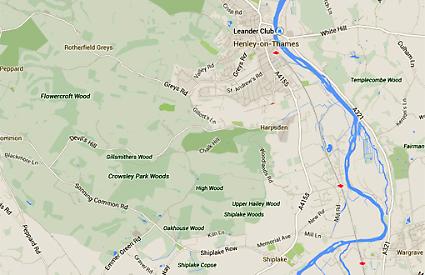 THE housing development blueprint for South Oxfordshire has been dubbed “vintage” by a planning inspector.

Dominic Young made the remark about the district council’s local plan when approving plans for 500 new homes in the green belt at Wheatley.

The council had rejected the application by Oxford Brookes University in December 2018, which prompted an appeal.

Mr Young who granted the appeal following an inquiry, said: “The local plan is now of some vintage, as the council accepted at the inquiry.”

His decision has prompted concern that it could set a precedent for development in other sensitive areas.

It comes after a long-running row between the Government and Liberal Democrat-Green coalition which controls the council over its plans to rewrite or scrap the local plan devised by the Conservatives when they were in charge.

Last year, Housing Secretary Robert Jenrick was unhappy at the progress of the plan and eventually stopped the council from discussing it for six months and warned that he might take control of the process.

He then allowed the council to keep control of it but is conducting monthly checks to ensure the plan is making sufficient progress for it to be adopted by the end of the year.

Former Conservative district councillor Paul Harrison, from Sonning Common, claimed the council’s delays and the inspector’s decision had left the southern parishes in the district “exposed” to potential development.

Mr Harrison, who lost his seat last year, said: “We have a fair bit of land around Kidmore End and Sonning Common, which loops all the way back to Shiplake and is not protected by the Area of Outstanding Natural Beauty.

“What has caused that is the dispute between the two parties who run the show at the moment, who couldn’t come to an agreement.

“Because of that, they have let a number of elements within the local plan be classed as out of date and therefore developers will all come steaming in.

Cllr Cooper, a Lib-Dem who represents Benson and Crowmarsh, said: “I would start by pointing out that it was the decision of the Conservative administration to refuse the Wheatley application, which had actually been recommended for approval by officers.

“With all due respect, they are very good at telling us to respect the advice of officers, when they are not that willing to do it themselves. The underlying thing is that the appeal decision said we had a healthy land supply of five years. That won’t be a problem.

“It said our policies are out of date and that is the first I have heard of it. The reason we are all behind is really to do to with the Secretary of State, who said we couldn’t do anything. It was frozen until March and that delay was nothing to do with South Oxfordshire.

“There are underlying principles like the overall number of homes and the complete lack of policy on building to a higher environmental standard, which has shot up in the agenda in the last year.

“Our officers said they were ready for the April check-up and the Government responded to say they were too busy with the virus and we had to wait until May. We assume there will be a meeting but it won’t be our fault if there isn’t one.