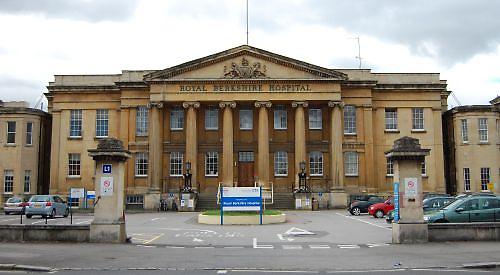 A WOMAN can’t have an operation to remove her gallbladder because of the coronavirus crisis.

Ann Dayton, 81, of Kennylands Road, Sonning Common, has been waiting for surgery since January when she was hospitalised after the organ became infected.

Doctors at the Royal Berkshire Hospital in Reading were unable to operate at the time because she has an existing health condition.

Mrs Dayton, 81, suffered a heart attack in March last year and was not permitted to undergo any surgery for a year unless it was required to save her life.

Instead the doctors fitted her with a tube running from her gallbladder to a collection bag above her right hip in order to drain fluid and reduce the chance of another infection.

She was treated with antibiotics and spent three weeks in hospital during which time she also received oxygen to treat bronchitis.

She was expecting to return to the Royal Berks for her operation last month but it was postponed because of the covid-19 outbreak.

She fears her situation is typical of patients across the country who are having medical procedures put on hold because of the pandemic.

In the meantime, she attends Sonning Common Health Centre once a week so doctors can change her dressings and she is updated about when it is likely she will be able to have the operation.

Mrs Dayton, who lives with her husband Peter, 89, son Richard Ellis, 56, and grandson Sebastian Ellis, 17, says she understands why the operation has been delayed but is frustrated and in constant pain.

She said: “I would love to have the operation straight away but because of my history the NHS realised they couldn’t do it.

“With the coronavirus the operation is a no-no because I’m classed as vulnerable and quite rightly so. They are doing it for our protection, so I understand. There’s nothing I can do about it.

“I’m not complaining. There are many people far worse off than I am and I’m not alone, so I have to accept it.

“There are a lot of people around who need things like hip replacements or knee jobs but all those things have been cancelled.

“I’m still alive and I’ve still got my family and my dog and I’m looking at the birds in the garden. The blossom is out. What more could I want?

“I’m one of the lucky ones and I have members of my family who can look after us. We’ve had some lovely responses from various neighbours who have contacted us to make sure we have everything we need.”

But Mrs Dayton added: “I’m worried I could end up in an emergency again. It’s very painful and very sore and I have to be very careful that I don’t walk into things or catch the pipe to the bag.

“I never swear as it’s not in my nature but it’s bloody inconvenient and it’s painful all the time.

“Those that know me know how frustrated I can get when things restrict me. I get very annoyed.”

Her husband needs to have his left hip replaced but this is also on hold because of the virus outbreak.

Mrs Dayton said he had been trying to look after her but this had made his condition worse.

She said: “He has been suffering for the last month and it has all been added to by trying to look after me.

“He’s a very caring man and doesn’t like to see me struggle. But he’s 89 after all and now he can hardly move but it’s not life-threatening so he has to wait in a queue to have it done when possible.

“Coronavirus has stopped everything for me and my husband and it has put us in the situation we’re in.”

Mrs Dayton is the director of the Henley Drama Festival, which was due to take place in the first week of May but was cancelled because of the Government lockdown in response to the crisis.

She said: “It’s frustrating not being able to get out because I like talking to people. I will talk to anybody — I don’t care who they are. I’m a very gregarious person.”

Despite her frustrations, she praised the medical staff who treated her at the Royal Berks and helped her recovery. Mrs Dayton said: “I was exceedingly well looked after. The nurses were unbelievable and I couldn’t believe how kind they are.

“They have to put up with some very difficult patients and they run around, to use the old expression, like blue-arsed flies. I couldn’t fault anybody — they were absolutely excellent.”

A spokeswoman for the Royal Berkshire NHS Foundation Trust said: “While we cannot comment on individual cases, our priority over the last few weeks has been keeping all our staff and patients safe as we deal with the coronavirus pandemic.

“This has meant a very rapid and extensive re-organisation of our hospital sites to create capacity to treat patients with the virus, including moving some wards of patients and staff out to private hospitals and also putting all routine and elective surgery on hold.

“However, over the next few weeks, we are starting to resume this work, ensuring patients and staff are safe as we do so.

“We will be doing this gradually and carefully as the virus is still not eradicated and we must stay prepared for any possible rise in cases over the next few months.

“Patients awaiting surgery will be contacted by the hospital and advised of the steps they will need to take before any procedure.

“This will include having a covid test and testing negative and also spending seven days self-isolating before being admitted for
treatment.”