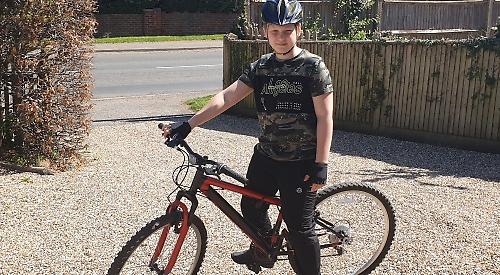 A BOY with Asperger’s syndrome who cycled 100 miles in and around his village for the NHS has now raised about £1,000.

He used a phone app to record his distance and set up a JustGiving page so people could donate. His target was £500.

Henry’s mother Jules said she wanted to thank all her son’s supporters for their generosity.

She said: “If nothing else, covid has had a positive effect on community support and spirit. Everyone has been so generous.”

In September Henry raised more than £400 for Macmillan Cancer Support by holding a coffee morning for friends, family and teachers from Path Hill Outdoors.

He attends the alternative education provider in Goring Heath, which supports children who struggle in traditional schooling.

He has previously raised about £200 for the National Autistic Society by running a cake sale from his driveway.

To make a donation, visit https://bit.ly/3f06hXy