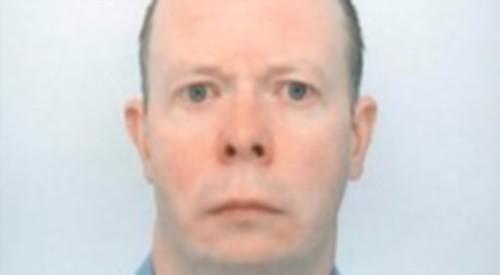 THE employer of a scientist killed in the terror attack in Reading has paid tribute to him.

David Wails, 49, had worked for Johnson Matthey in Blounts Court Road, Sonning Common, for 20 years after completing a PhD at the University of York and several postdoctoral positions.

He was a senior principal scientist with the chemicals and sustainable technologies company.

In a statement, Johnson Matthey said: “We are devastated by the death of our colleague Dr Dave Wails. He was a highly valued and experienced member of the Johnson Matthey family.

“He was an expert in catalysis and much of his career focused on using science for cleaner energy applications. Dave was proud to use his expertise to make a positive impact on the world.

“He was a well-liked colleague who will be much missed. Dave was a gentle, thoughtful man with a dry sense of humour. He is recognised by his friends at Johnson Matthey for being an excellent coach, supporting colleagues both professionally and personally.

“Our thoughts and sympathies are with Dave’s family and friends during this difficult time. He will be deeply missed by everyone here.”

Dr Wails, who lived in Reading, was one of three men stabbed to death in the incident in Forbury Gardens on Saturday evening along with friends James Furlong, 36, a history teacher at the Holt School in Wokingham, and Joe Ritchie-Bennett, 39, who worked for a Dutch pharmaceutical company and moved to the UK from Philadelphia 15 years ago.

Three other people who were injured have been discharged from hospital.

Police are continuing to question Khairi Saadallah, 25, who was arrested at the scene under the Terrorism Act. He came to the UK from Libya in 2012 and was known to the security services. On Monday, mourners gathered for a one-minute silence outside the Blagrave Arms pub in Reading town centre, which was described as a “safe space” for members of the LGBT+ community.

The three men were regular customers and a message on the door said management and staff were “devastated”.

Paul Britt, chairman of Reading Pride, said: “We’re sad and shocked this has happened in Reading and everyone’s thoughts are with the families and friends who have lost a brother, uncle, son or whatever.

Martin Cooper, chief executive of Reading Pride, said: “James, Joe and David were true gentlemen, each with their own personality.

“They were regulars of the Blagrave, a community pub, whose regulars will be in mourning. They were a support network for individuals and I know they will be sorely missed by many.

“We will work with local authorities as well as with the families and friends of the victims.”

A GoFundMe page has been set up to support the victims’ families and pay for a permanent memorial in Forbury Gardens. So far more than 200 people have donated about £5,500. To contribute, visit https://bit.ly/2YZHOuZ