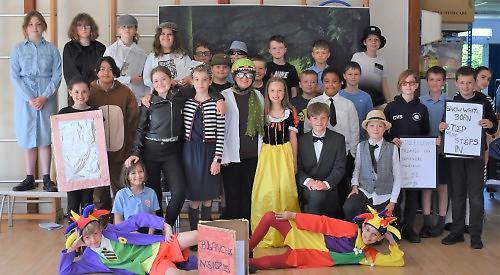 PUPILS at the primary school in Sonning Common performed a play in French and English.

About 31 year six children took part in the production of Snow White and the Seven Reporters, a contemporary version of the traditional fairy tale.

The play follows the story of Snow White, played by Daisy Driver and Jorgia Petford, being lured into the forest by demand of the Wicked Queen who orders a huntsmen to kill her.

Instead of seven dwarfs, she finds seven reporters who are staying in a hotel while following a story about some people trapped down a mine. They let Snow White stay with them and in return she teaches them some French and helps them with domestic chores.

The play could not be performed in front of an audience due to the coronavirus restrictions but was filmed so parents could watch it at home.

The rest of the school also watched it as part of a movie afternoon.

The children had rehearsed for an hour a week for several months.