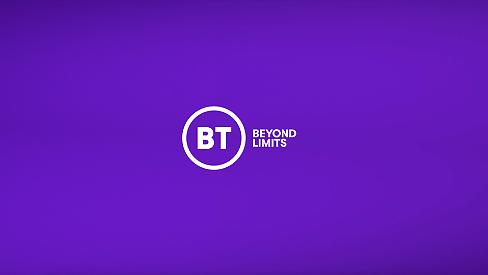 AN epileptic man had his phone line accidentally cut off after being mistaken for a village hall.

Mark Weston, of Dray’s Lane, Peppard, couldn’t receive or make calls for about a week or access the internet for a fortnight as a result of the blunder by BT.

Mr Weston, 46, is the village warden for Sonning Common and the parish council pays for his broadband service in case they need him in an emergency as he lives in a “mobile blackout” area.

However, his land line was disconnected by BT while it was trying to upgrade the council’s own broadband service.

The company incorrectly ordered the upgrade at Mr Weston’s address instead of the village hall in Wood Lane and then accidentally severed his connection when trying to fix the error.

When his mother tried to call him she found the line was dead and was so worried that she called the police.

Mr Weston, who lives alone with his dog Prince, said: “My mum had been trying to reach me all day.

“She managed to contact me eventually but by that point it was too late to do anything and I didn’t have a phone line to call anyone and my mobile doesn’t work at home unless I stand outside in the freezing cold.

“The internet was off as well so it made it impossible to contact people and I’m signed off work at the moment by the doctor.

“My mum was a bit worried as she was just trying to let me know there was something wrong with my phone line. As I’m epileptic, people do worry about me.”

The parish office staff contacted BT at the beginning of December as its broadband and phone line contract was coming to an end.

They were told to wait a week for a call back as the company was about to have a sale but the return call never came.

Parish office staff called again a couple of days before the contract was due to end and BT recommended a new deal which would require a new broadband hub and phones.

This was agreed but the equipment was sent and registered to Mr Weston’s home instead of the hall.

He said: “When we ordered the update BT said it was registered to a domestic address, so I emailed them and said that the village hall was the correct address and asked them to make sure the equipment was sent here. I called the next day to make sure this change had been made and was constantly put on hold and passed to another person to whom I had to explain the situation all over again.

“I was losing the will to live at this point and someone said a complaint had been opened up for us but I said, ‘Just please make sure it’s all delivered to the village hall’.

“The hub was then delivered to Dray’s Lane so I phoned to say it was the wrong address but a week later I got a text saying the phones had been delivered there as well.

“I phoned again to say it was the wrong address but by December 30 I got a call saying BT wanted to check the phone lines as the installation had been done and I said, ‘Okay, can you confirm it’s at the right address?’

“The line went silent and they said they would call me back and the next day I got an email saying it was installed at Dray’s Lane.

“That’s when I emailed Philip Jansen, BT’s chief executive, to complain and it just went mad from there.

“They cut Mark’s phone line off so he had no internet or telephone service. I spent a week trying to get it sorted and eventually he got the internet back so he could make calls via WhatsApp.”

Mr Collings said the mistake had cost the council about £300 in staff time and he hoped BT would pay compensation for its mistake.

“It would also be nice to get a statement from the chief executive about why this happened.

“If you want to order broadband and a phone line you give them an address and it’s done. I don’t understand why this has happened because our address is correct on the invoice we pay each month.

“It has caused stress for Mark’s family and the amount of time it has taken office staff to sort it is time taken away from other things they’re supposed to be doing.”

A BT spokeswoman said: “We’re very sorry that, due to an administrative error, the broadband and phone upgrade for Sonning Common village hall was installed at the wrong address, resulting in a temporary loss of broadband and phone service for Mr Weston.

“Our customer service and engineering teams are working closely with Sonning Common Parish Council to get Mr Weston’s service reconnected as quickly as possible.”

She said the company had offered to pay compensation and it apologised for the inconvenience caused.