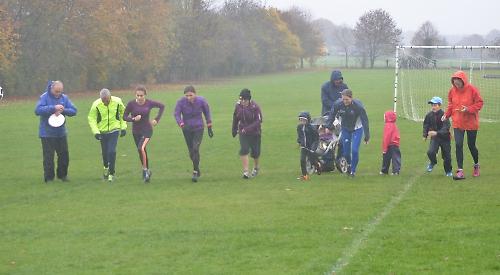 THE organiser of a charity sports event in Sonning Common says he will hold it again despite only 20 people taking part due to heavy rain.

He will personally more than double that amount to £600.

Mr Nutt, 66, chose to organise a 5km race and a 5km duathlon to raise money for the unit after being fitted with a pacemaker there last year.

He said: “The charity will put the money towards research and testing, which is important to helping save people’s lives.”

Mr Nutt, who worked at the school for 37 years, was fitted with a pacemaker after suddenly feeling unwell while walking on the Thames Path near Henley.

When he got home his heart rate was 32 beats per minute so he went to the hospital in Reading.

Mr Nutt plans to run the event again next year due to the positive feedback he received from those who did take part.

He said: “The people who came along thought it was great event, which was simple and had no problems with roads.”

Mr Nutt also runs the Duke of Edinburgh’s Award scheme at the Eyot centre in Henley and co-ordinates cross-country races for primary schools in the area.