Yours, I believe, Prime Minister 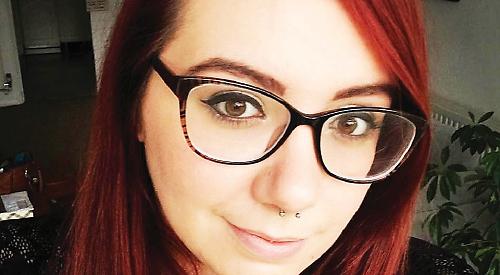 A WOMAN from Caversham found a pile of parcels dumped on her doorstep, including one addressed to the Prime Minister.

Lauren Carne-Powell returned to her home in Ruskin, off Henley Road, on Wednesday last week to discover four packages from clothing and homeware giant Next — all addressed to different people.

Mrs Carne-Powell sent out an appeal on the Caversham Gossip Girl on Facebook in a bid to trace the proper recipients.

Initially, she didn’t realise that among them was Theresa May, whose family home is a couple of miles away in Sonning.

Mrs Carne-Powell wrote: “Does anyone know a Mrs T May, Sonning? Her Next home parcel has been delivered here for some reason. Will let know tomorrow if no luck on here. Thanks!”

Within minutes other users had pointed out that the parcel was intended for the Prime Minister, with some speculating on what could be inside.

After one user posted Mrs May’s constituency address, Mrs Carne-Powell said: “Are you kidding me? That is the address on the box.”

Another person wrote: “Theresa May PM?! I wonder if it’s a pair of leather trousers.”

Another suggested the parcel could contain a pair of the distinctive shoes which Mrs May is known to favour.

Another said: “Wouldn’t have had her down as a Next girl!” Others offered to take the package round to Mrs May’s house or hand it to the police guarding the gates, while one suggested it could be redirected to Downing Street.

Mrs Carne-Powell later posted: “So it seems that Next decided to dump quite a few parcels on my door, including the Prime Minister’s.

“If you know any of these people please let me know. I have reached out to Next but they aren’t responding.”

She also tweeted the Prime Minister to ask if she could get in touch to arrange collection of the parcel.

Mrs Carne-Powell posted pictures of the other three parcels and her husband Tim spent the following day at home as some of the rightful owners came round to collect them.

She later posted an update, saying the rest had been picked up by a Next delivery driver, including the one for Mrs May.

Hopefully. it has now reached her!