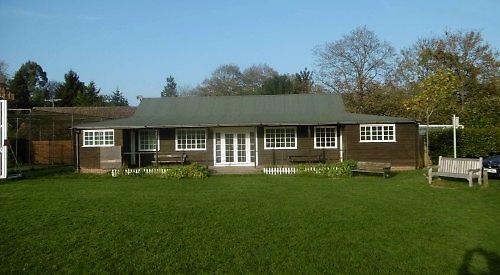 The village cricket club, which is leading the project, hopes to start work in September and have the new building ready for the start of next season in May 2020.

It says the current pavilion on King George’s Field is about 100 years old and no longer fit for purpose.

The club was granted planning permission in February last year for the new pavilion.

The building will be oriented to face the sports ground rather than the current pavilion, which partially faces the car park.

It will include two main dressing rooms overlooking the sports field and a third allowing it to accommodate mixed teams as well as an umpire/referee’s dressing room with its own shower. There will also be a bar, lounge area and first floor meeting room and a balcony overlooking the field.

The building is being designed by Richard Anderson, of Anderson Orr Architects, who has been a member of the cricket club for more than 40 years. Mr Anderson, 57, said: “It has been talked about for many years — as far back as the Seventies and early Eighties.

“I do feel now we’re as close to getting this thing off the ground as we have ever been. The will has been there for the last 12 or 18 months to push the project forward.

“I think the existing pavilion goes back to the Twenties and it’s basically a timber-framed building. I remember going there when my dad used to play for the football team back in the Sixties.

“It was extended in the Seventies with a new dressing room at each end and showers and a bar for the cricket club.

“In a piecemeal way it has been altered and improved but at the end of the day it’s 100 years old. I will be sad in a way to see it go but rather than throwing good money after bad all the time it needs taking down and replacing.

“Certainly, on a personal level, I’m very excited about it. I was born and bred in the village so it will be a nice opportunity for me to personally design the pavilion that will replace a building that has been there for 100 years.

“Hopefully, the new pavilion will see the next 100 years.”

The club will host youth football and hopes that the Berks, Bucks and Oxon blind and partially sighted cricket squad will be able to use the facility due to its proximity to Reading station. The pavilion will also be accessible to the village’s tennis club as well as the wider community and the parish council.

Mr Anderson said: “The building could potentially be used for a wide range of uses during the week and hopefully it will encourage more people to get involved in the sports that are going on at the ground.”

The club has the blessing of the parish council, which owns the recreation ground.

The club is applying for grants from funding bodies, including Sport England, and will hold a fund-raising dinner on September 21.