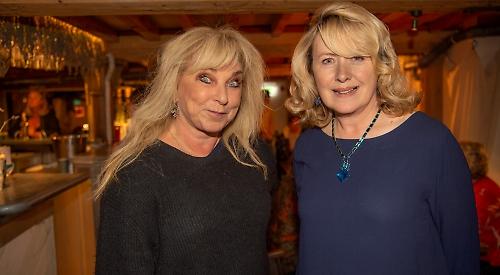 A CHARITY gala night held at The Mill at Sonning theatre raised £18,000.

Around 215 guests enjoyed live entertainment from West End stars and a charity auction hosted by Jeremy Irons and Sinead Cusack on Sunday.

The night was raising funds for Women’s Resource Centre, a charity which works with victims of abuse by providing training and support.

Takings were bolstered significantly by the donation of a signed Omega watch from George and Amal Clooney, who lives in the village. The watch sold for £6,500 and was purchased by Chantelle Martin who works at the theatre.

Other auction items included two tickets to The Pride of Britain Awards, lunch for four guests at The French Horn in Sonning and a boat ride for four on the River Thames donated by Val Wyatt Marine.

The evening was called “Songs from the Shows” and featured performances from Wendy Ferguson and Adam Linstead, who have both appeared in The Phantom of the Opera and Les Miserables. Sally Hughes, the managing and artistic director at the theatre, organised the event with help from Mill Angels, a group of the theatre's supporters.

She said: “It is a nice outcome and it will go a long way towards helping so many women who have escaped abusive relationships.

“The performers were just fantastic and Jeremy Irons was a revelation — he was just so funny. There were several lovely items in the auction.”