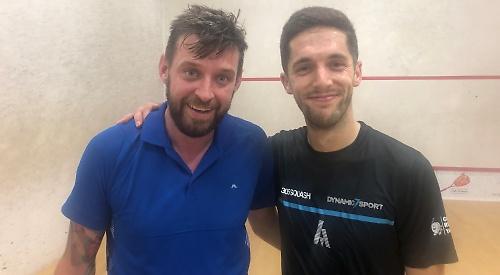 HENLEY 1sts ran out winners in their latest Oxfordshire League match against top of the table Brackley 1sts on Tuesday of last week.

Brackley won the top division of the Oxfordshire League last season and again fielded a strong side.

The visitors number one Ben Coleman, who is ranked 56 in the world rankings, played Henley’s head coach Kristen Johnson. Coleman showed all his skill and speed to beat Johnson 3-1.

Down the order there were strong performances by the rest of the Henley team, Matt Marshall, Stuart Milton, Adam Edge and Jonathan Betts. All of them managed to beat their opponents to secure an overall 4-1 victory.

• ANYONE interested in joining Henley Squash Club, who play their matches at Gillotts Leisure Centre, should visit www.henley
squash.co.uk for further details.