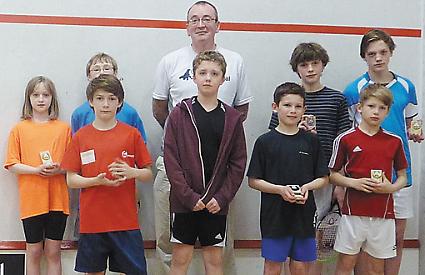 The preliminary rounds consisted of a series of round-robin matches in which all players played at least six matches, followed by the finals and third/fourth place play-offs.

The final of the primary school aged competition was the best out of three games. It saw some good play between Beth Ireland and Rory Richmond, who are both county players and in the top 30 nationally.

The first game was close with Richmond just winning it 11-9 after the lead had see-sawed between the two players. Richmond raced into an early 5-0 lead in the second before Ireland fought back, but eventually ran out of steam with Richmond taking the game 11-5 to win the championship.