Dressage and eventing teams are in Cheshire finals 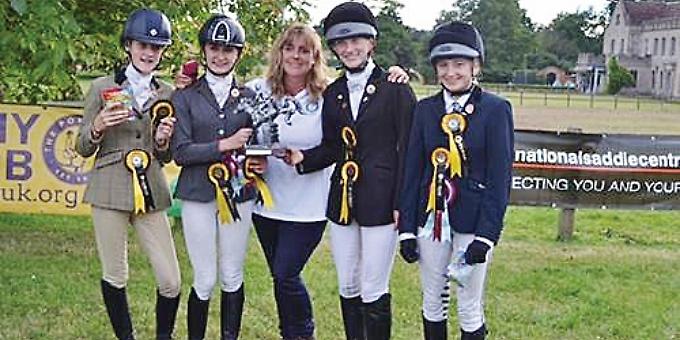 THE Woodland Hunt Pony Club has had outstanding success so far this season at the area competitions and has done well qualifiying in both dressage and eventing for the championships which are to be held in Cheshire in August.

The Woodland Hunt Pony Club is enjoying even further success as membership is ever on the increase.

Its members, aged two and upwards, have huge fun at rallies and events throughout the year.

Their activities include anything from jumping, cross-country, mounted games, jousting, dressage, stable management — in fact, anything equine — to evenings out at the races for the older members!

Our local pony club, Woodland, has always had the reputation of being the “friendly club”, but this summer its teams have proven that the Woodland is also a top competition club. Building on this success, and always looking to nurture future competitive talent, exciting plans for winter training are afoot under the guidance of the club’s training advisor, the ever popular Posy Knapp.

Of course pony club is not pony club without the annual and legendary “camps”. The start of the senior camp is held at Berkshire College of Agriculture and will see more than 40 members attending, along with a similar number of junior members, descending on the club field in Harpsden the following week for their summer camp.

Good fun to be had by all!