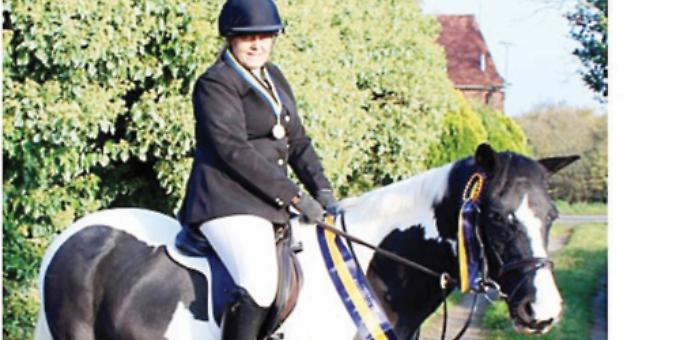 THE dressage and show jumping championships at Checkendon Equestrian Centre were decided at the last competition of the summer series in October.

Many congratulations to the winners of our summer dressage championship who received trophies and rosettes and a sash.

The winner of the Wednesday Championship was Josie Brettell with Patch and the reserve champion was Lucy Kilroy with Tonto.

The winner of the Saturday championship was Eleanor Thomson with Angel and the reserve champion was Jill Brandon with Sora.

The winter dressage championships competitions will take place on Wednesdays and Saturdays and run from November 2017 to April 2018 in our indoor arenas.

The schedule for the winter series can be downloaded from the centre’s website (address below).

The summer show jumping championship at Checkendon Equestrian Centre ran from May 2017 to October 2017.

The winning combination was Nicola Taplin with Martha, who received a trophy, sash and champion’s rosette.

The winter show jumping championship competition takes place on Saturdays and will run from November 2017 to April 2018 in our indoor arenas. The schedule for the winter show Jumping series can also be downloaded from the website.

The championship is awarded to the horse and rider who gain the most points in any one class in the series overall. Other competitions being held at the centre in Lovegrove’s Lane include gymkhana games and evening show jumping.

Full details and schedules are available on the centre’s website at www.CheckendonEquestrian.co.uk. For more information, email linda@checkendonequestrian.co.uk or telephone (01491) 680225.