Trip to Olympia is a dream day for pair 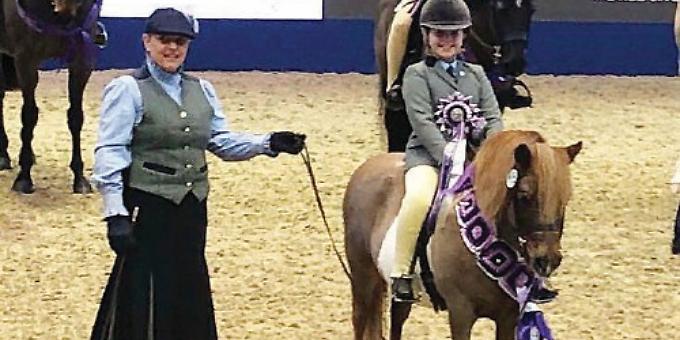 SOME girls dream of marrying a handsome prince. Others quite fancy riding at the ever-so-festive Olympia Horse Show held in Kensington every year just before Christmas.

For one little girl, that dream came true! Nine-year-old Gavina Semonella from Woodcote rode so spectacularly well on her
15-year-old Shetland pony Burnside Lara that the pair were the highest placed lead rein pony ever at Olympia.

They were respectively second placed and reserve champion, with the highest ride marks, which were in fact four marks above the winner. This was Gavina’s last ever lead rein class and this exceptional pair were the highest placed native pony too. They competed in the senior showing and dressage final and although Gavina is now out of this class, the pony willhave gained lots of good top-level experience for Gavina’s younger sister.

A true high to the end of the showing season!