Kevin’s right back in the saddle 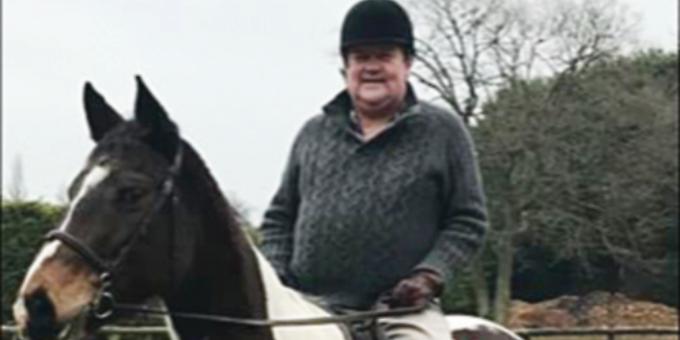 NETWORK engineer Kevin Ridsdale of Reading Road, Henley, was delighted to be back in the saddle recently, writes Amanda Stewart.

On learning of Kevin’s desire to ride once more, Sinead — who takes over as the entries secretary this year — offered him her much-loved coloured mare, Maisie.

She said: “The trick was actually getting Kevin on board as I don’t think I had fully appreciated how hard this would be for Kevin, but after the brilliant idea of using a large bale of straw on top of a bench, Kevin was back in the saddle!”

Kevin rode around the paddocks, initially on a lead rein — then later was confident enough to ride by himself.

n In other news, South Oxfordshire Riding Club have confirmed that their annual show will be held at Greenlands Farm, Henley, on Sunday, June 24. One fan of the event said: “This is a lovely well-organised show with well thought out classes and well worth attending.” For satnav purposes, use RG9 3AS.