Mother and daughter to run village shop after makeover 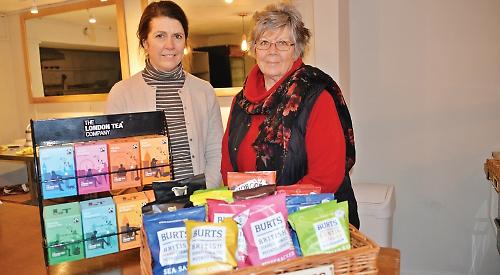 THE village shop in Stoke Row will re-open under new owners on Thursday.

Nikki Steiger, who runs furniture outlet Get Furnished in Nuffield with her husband Paul, took over the business along with her mother Jeanette Creewel at the end of last year.

They spent most of last month refurbishing the property and even enlisted the help of Mrs Steiger’s sister Kelly Butler, her husband Greg and their three children when they visited from Botswana at Christmas.

They gutted the shop and replaced the electrical wiring as well as installing a new phone line that will allow the store to take card payments, which previously it couldn’t do.

They put in new shelving and a counter, refurbished the kitchen and installed a new fridge. They also added a café-style seating area.

The shop walls have been repainted and decorated with new lighting and mirrors.

Mrs Steiger, who lives in the village, said: “It’s been a very hands-on experience and the whole family got involved. They spent most of the holiday getting their hands dirty and it was a real team effort and great fun.

“We also had help from some friends in the village earlier in December, which was very much appreciated.”

She will work in the shop alongside her mother, a former hotelier who lives in Gallowstree Common, and three part-time staff.

The new shop will now offer a wider range of food, including home-made soups, fresh sandwiches and various pies and pasties, to eat in or take away.

It will also sell a wider range of groceries including more items from local suppliers such as Woods Wines and Blackwoods Foods, of Nuffield, and the Nettlebed Creamery.

Mrs Steiger said: “We will still be selling convenience foods but it will be a bit different from what you’d find in the supermarket and there will be the kind of things you’d pick up if you were going round to a friend’s for dinner.

“It’s a very exciting time and judging by the feedback we’ve received, we’re feeling very optimistic. I can barely walk down the street without someone offering encouragement.”

The women are taking over from Peter and Pat Armstrong, who had owned the shop since 1973 and will continue living in the flat above it.