Tributes paid to father who died after electric skateboard fall 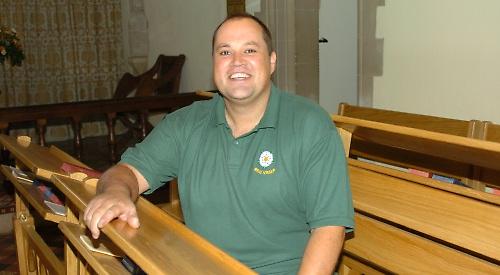 TRIBUTES have been paid to a father who died after falling from an electric skateboard.

Bradley Visser, 38, suffered severe brain injuries in the accident, which happened near his home on the main road through Stoke Row.

He was treated at the scene before being taken by air ambulance to the John Radcliffe Hospital in Oxford, where he died 10 days later.

Police are investigating but it is believed that no other vehicle was involved.

Mr Visser’s wife Annie and their young children, Ozzie and Chloe, are being supported by family and specially trained police officers.

He was the second person to die in an accident involving a “powered transporter”, prompting some calls for them to be banned. It is already illegal to use them on the road or pavement.

Mr Visser, who was originally from South Africa, ran his own bespoke furniture business at the Van Alloys Industrial Estate in Busgrove Lane, Stoke Row, and was well-known in the Henley area. Nicole Molloy, who runs Morris Molloy Interior Design in Harpsden and had worked with Mr Visser since 2016, described his death as “absolutely terrible”.

“I was absolutely shocked,” she said. “At his age and with a young family, it’s unbelievable.

“I did quite a few jobs with Brad. He was a carpenter and he did quite a few bespoke units and I worked quite closely with him. I used to do drawings for him and he would make up all the furniture.

“With him I felt there was a bit more of a connection because he was South African and I’m South African too and we got on quite well.

“He was extremely happy and friendly. He was so bubbly and just an absolute gem of man really. It’s very sad. He was such a pleasure to work with. His work was unbelievable and very high end.

He was always willing to talk to clients on our behalf and we could trust him and felt comfortable giving him the responsibility of communicating his work. He’s going to be truly missed in the industry.”

Dan Redfern, landlord of the Cherry Tree Inn in Stoke Row, said: “It’s very, very sad news. He certainly endeared himself to us all and we got to know him quite well.

“The family lived on the same road so we’d see them out and about. He was larger than life and had a lot of charisma and energy.”

Mr Redfern, who took over the pub in April last year, was in the pub’s vegetable garden at the time of the incident, which happened at about 7.30pm on July 17.

“I was probably about 40ft away but I didn’t hear anything,” he said, “It was only when the helicopter arrived that we realised something had happened.

“We are totally gutted for his wife and his two young kids because I’ve got two young kids. It’s just awful. It brings me to tears that he’s gone.”

The use of electric scooters and similar devices has come under scrutiny in recent weeks following the death of TV presenter Emily Hartridge last month.

The 35-year-old YouTube star was killed when the e-scooter she was riding was involved in a collision with a lorry in Battersea in south London.

The Department for Transport says it is illegal to use powered transporters, which include e-scooters, Segways, hoverboards, go-peds powered unicycles and u-wheels, on pavements and pedestrian areas.

They can be used on private land to which the public does not have access with the permission of the owner or occupier of the land.

Henley MP John Howell said he was against banning the machines.

“If there’s a safer way of using them let’s go for that,” he said.

“I understand the Government is to bring forward new regulations and a review of how the system will work to allow the better use of these scooters and electric boards because everybody wants to encourage them as they are a greener way of getting about.”

Pc Mark Dunne, of Thames Valley Police’s serious collision investigation unit, said: “This was a tragic incident which has resulted in a man losing his life.

“I would like to continue to ask anyone who saw this incident, or who has any other information relating to it, to please come forward.

“We do not believe that there were any other vehicles involved but if you saw Mr Visser using his skateboard shortly before this incident, we would like to hear from you.”

Anyone with information should call the Thames Valley Police non-emergency number on 101.

An inquest into Mr Visser’s death was opened at Oxford Coroner’s Court on Tuesday and adjourned until January 14.

His funeral will be held at St Nicholas Church in Rotherfield Greys on August 20.

Donations towards a neurology and brain injury charity can be made via funeral directors Tomalin & Son in Reading Road, Henley (tel. 01491 573370).