Owner fined £1,000 for dog attack on man at steam rally 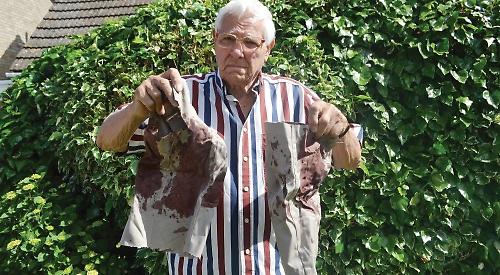 A MAN has been fined £1,000 after his two dogs attacked a pensioner at Stoke Row Steam Rally.

Michael Rule, from Ickleton in Cambridgeshire, was sentenced at Oxford Crown Court on Thursday last week after being convicted in November.

The 50-year-old fairground ride operator had denied two counts of owning a dog which caused injury while dangerously out of control in a public place.

Rule, who was given a conditional discharge in 2011 for a similar offence after his Rottweiler attacked a woman, was also ordered to pay costs of £1,000.

However, Judge Nigel Daly decided against having his Patterdale terriers put down as he did not feel they presented a risk to the public. Instead he made a contingent destruction order, which means the dogs will be put down if a similar incident happens.

Victim Peter Entwisle, 79, of Nicholas Road, Henley, suffered four deep wounds in his legs after being bitten by the dogs on June 9 last year.

The retired bookkeeper was one of 10,000 visitors to the annual fair in Whitchurch Hill.

He was walking by Mr Rule’s antique carousel when the dogs attacked him from behind despite being tied to the carousel ride.

During the two-minute attack, they bit his calves, leaving his trousers ripped and soaked in blood from the wounds.

Mr Entwisle was helped by the operator of another ride, who heard the dogs barking, before Rule realised what was happening. He was taken to the medical tent to have his wounds bandaged before being driven to the Royal Berkshire Hospital in Reading by a first aider.

He spent five days at the hospital receiving treatment. He underwent surgery twice in two days in order to clean the wounds.

The court heard that Rule had owned the dogs since they were puppies and they were like an extension of his family.

Kellie Enever, mitigating, said: “He is a dog lover and a dog owner who has struggled to understand what happened that day. He could not have foreseen this incident.

“He would do anything for those dogs not to be destroyed. He is remorseful for what has happened and he is a hard-working and family orientated person.”

Sentencing Rule, Judge Daly said: “For some reason, your dogs were out of control on this particular afternoon.

“The dogs were chained up and there was no reason to suspect they would attack anybody. I am certain that this incident could not have been reasonably foreseen by the offender.

“I am required to order that the dogs be destroyed unless I am satisfied that they do not present a risk to the public and it seems to me that they don’t.

“I am not going to disqualify you from owning dogs as you would just give them to someone else, so it would be pointless.”

The judge ordered that the dogs wear muzzles in public places and be kept on a lead no longer than 1.5m. They are also excluded from all fairs, shows and exhibitions where the number of visitors exceeds 100.

Mr Entwisle, who is pursuing a civil case against Rule, told the Henley Standard that he was surprised the judge didn’t order the dogs to be destroyed.

He said: “I am slightly disappointed and feel that justice has not been done.

“It might be cruel to say that the dogs should be put down but they were a danger to me and there is nothing to say it won’t happen again.

“If I had been a young child, or a little bit older, it could have been horrific. As I kicked one of the dogs off me the other one would start attacking me and there was nothing I could do to stop it.

“My injuries are sorted out now thanks to the care I received at hospital but I am still nervous around dogs. If I see those kinds of dogs I will avoid them and I will cross the road if necessary; it has left that kind of impression on me.”