Tree planted to mark 250 years of the circus 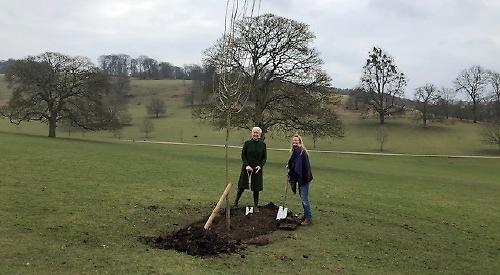 A TREE was planted at Stonor Park to mark the 250th anniversary of the circus last year.

The black poplar was provided by Giffords Circus, which performed at the stately home last July during an anniversary tour.

Nell Gifford, founder and producer of the circus, and Lady Ailsa Stonor planted the tree.

Mrs Gifford said: “We wanted to mark the 250th anniversary of circus in our own unique way, so we thought what better way than planting trees along the route of our 2018 tour.

“Our tour includes some of the most beautiful village greens, parks and estates in the country and we have already planted an oak tree at Stratton Meadows, Cirencester, and a Blenheim orange apple tree at the Frampton Estate in Frampton-on-Severn.

Black polars have also been planted at Blenheim Palace and oak trees on Marlborough Common and at Sudeley Castle.