‘Hospice was vital when I cared for dying husband’ 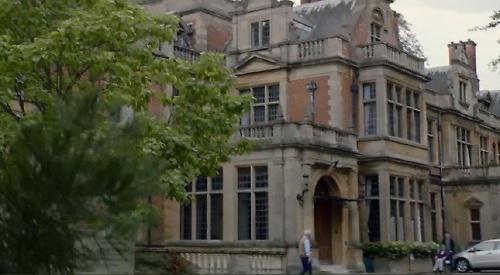 A WOMAN says she couldn’t have coped with caring for her terminally ill husband at home if the Sue Ryder hospice at Nettlebed hadn’t been available.

Renee Smith, of Hop Gardens, Henley, says the charity should rethink its decision not to provide inpatient beds in another location when the centre at Joyce Grove shuts at the end of next month.

Her late husband Noel, who had prostate cancer, spent his final 10 or so days there before he died, aged 92, in November 2015.

She says his needs were particularly complex as he had suffered two strokes in his final months and it would have been traumatic to look after him herself.

Mrs Smith is among scores of people who have shared similar concerns with the Henley Standard since Sue Ryder announced the closure more than a month ago.

The charity, which is shutting the Grade II listed premises because they are costly to maintain, originally promised to maintain a bedded care facility elsewhere in the Henley area.

But now it says this wouldn’t be viable as surveys show most people wish to die at home so patients will be referred to its palliative care hub, a 24-hour phone line offering advice and home visits by nurses.

It says the few who still need beds can be referred to the Sobell House hospice in Oxford or Sue Ryder’s Duchess of Kent hospice in Reading.

However, Mrs Smith says this is too far for people like her who don’t drive and rely on public transport. Mr Smith, an engineer, was diagn osed when he was in his seventies and received treatment which at the time appeared to be successful.

The condition eventually returned but only became aggressive about two years before his death.

Mrs Smith, to whom he was married for 58 years, said: “It reached the point where he needed specialist care and they had a lot to offer.

“He needed equipment, drips and all sorts of things that, without a doubt, would have been impossible to provide and maintain at home.

“To have the nurses there day and night was very reassuring and there were also doctors on hand to check up on him and change his treatment as appropriate.

“Before he went in, we had nurses and friends visiting regularly and it was exhausting. He visited a support group at the hospice once a week, which gave him and us some valuable respite.

“Looking after someone at home is emotionally exhausting. It’s not just the physical aspect but the fact that you can’t switch off.

“When things became worse, it was reassuring to know that Noel was comfortable and in the best possible place.

“He was on pain management but not ‘zonked out’ — he was switched on and able to hold a conversation. It’s a funny way to put it, but he had a ‘good death’ and we have some positive memories associated with that time in spite of what was happening.

“We were grateful that it happened in such peaceful surroundings.

“There’s a desperate need for this kind of service as you’d struggle to find one person who hadn’t had cancer in their family. I think this is a pretty widespread feeling.”

The couple’s daughter Sally Harrison, who lives in Sonning Common, said: “When we went home after visiting him, we were confident that he was in very good hands and that allowed Mum to relax.

“There’s no way that could have happened at home. You can call 999 in an emergency but that means going into hospital and being admitted to a general ward isn’t the same, though without the hospice there were times when it would have been the only option.

“A lot of people are distraught at what’s going on as the alternatives aren’t very accessible. We need to have a local facility for people living in this area.”

Mrs Smith first visited Joyce Grove in the Fifties, when it was a convalescent home attached to St Mary’s Hospital in Paddington.

She had no links to the area at the time but went as her father, who lived in London, was sent there to recover from having a kidney removed.

She said: “I was immediately blown away by this beautiful building and its wood-panelled interior. It’s always been a wonderful environment for patients — after coming out, Dad lived to 93 and was fit until the very end.

“The closure is an emotional issue for so many people because of the experiences they’ve had there.”

As the Henley Standard has reported, Nettlebed resident Heather Goodall has the same concerns about her husband Roy, 80, who has terminal cancer.

Mrs Goodall, 70, says she doesn’t believe the outpatient service will be sufficient in his final days.

The hospice used to have 12 beds but Sue Ryder reduced this to six last April because of falling demand. It says occupancy had declined from more than 70 per cent to about 50 per cent and continued to fall after that while the outpatient care hub became increasingly popular.

The charity has to raise £3.1 million a year to deliver all its services in South Oxfordshire and only about a quarter comes from public funding.

It originally planned to move the hospice beds to the vacant second floor of Townlands Memorial Hospital in Henley but backed out in 2014 because it needed extra space for additional services and didn’t want to be split across multiple premises.

The Oxfordshire NHS clinical commissioning group, which is responsible for providing health services across the county, says it could create inpatient hospice beds at existing clinics or hospitals.

Henley town councillors claim the group was surprised by the charity’s announcement as it was still expecting it to provide beds elsewhere.