Celebrating 50 years of a pioneering vision 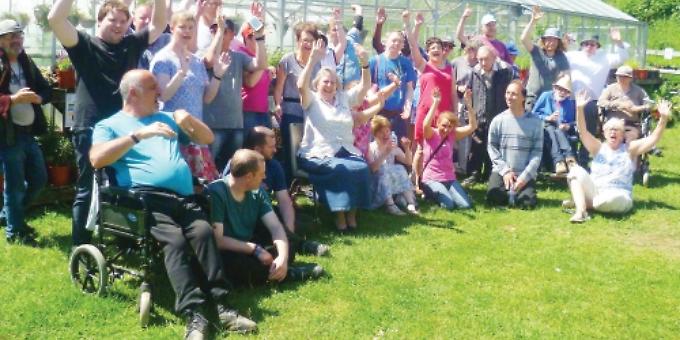 THE Ways & Means Trust is celebrating its 50th anniversary, which is a huge milestone for a small, local charity to have reached in these changeable times.

Many people know us as Greenshoots — a horticultural therapy gardening and plant nursery, which has been based at Rotherfield Peppard for nearly 20 years.

However, the actual charity began some 30 years before it opened this horticultural site.

Dr David Duncan was a consultant psychiatrist attached to Borocourt Hospital, Peppard, who worked tirelessly to help those with mental ill health become fit again and so able to leave that closed, sectioned community.

Fifty years ago there was little drug management and employment law offered no protection for those who had become ill, so they lost their jobs — and, due to the stigma of mental ill health, probably their family and friends too.

What is certain is that there were few opportunities for patients to retrain and learn new skills.

David brought together Reading’s then three main companies — Huntley & Palmers, Sutton Seeds and Courage Brewery — to encourage them to do more within the community in which they operated.

Today, we refer to this as a business’s corporate social responsibility, but back then David was a pioneer way ahead of his time.

He persuaded Huntley & Palmers to give us an area in their biscuit tin manufacturing building located at the top of London Street, Reading, while Courage Brewery and Suttons diverted some of their packaging work to this newly formed charity, which meant it could provide employment training to adults recovering from poor mental health.

During the early Seventies we moved to premises in Lower Caversham, where the packaging operation stayed until three years ago.

We added a large canteen and kitchen training area, to help adults learn catering skills and to look after themselves at home.

A large part of this charity’s work has always been socialisation — a safe, friendly area where people could meet and make a contribution.

Three years ago, we faced a huge hurdle — our Caversham landlords sold the building, therefore we had to leave.

But this news just happened to coincide with a building behind Greenshoots becoming vacant.

At Greenshoots we have a very supportive landlord and he helped us to move our warehouse packing work and training canteen, so as to bring both arms of the charity together for the first time.

For those who have not visited the charity, we offer our services to adults who have learning, physical or mental health disabilities to provide training, socialisation and work experience opportunities in a friendly setting to help them to lead rewarding lives, realise their potential and to build their confidence.

Greenshoots is open for plant and vegetable sales from 9am to 4pm on weekdays.