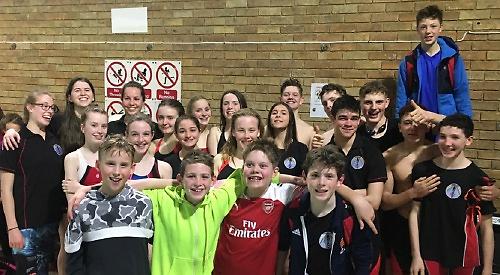 HENLEY Swimming Club had mixed fortunes in their first round of the Chiltern League gala at Leighton Buzzard on Saturday.

Despite putting in a good performance and winning several races, Henley finished up sixth out of six clubs on the night due to the gala having ‘not faster than’ time brackets. These time limits enable swimmers from other clubs of a lower ability the chance to race and compete in leagues such as this one.

Many of Henley’s swimmers swam some personal best times and were given a ‘speeding ticket’ and no points for their race.

Speaking after the gala, Henley head coach Sarah Williams said: “I was pleased to see that Henley’s times and skill levels were improving, which was clearly evident on the night. The team have, and always will, support each other no matter what, so bring on round two.”