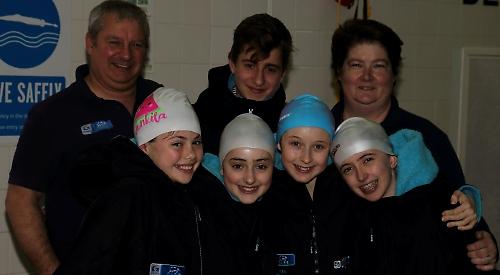 ATHLETES at Henley Synchronised Swimming Club are preparing for the Swim England Synchro Combo Cup which will be the finale of competition before the season restarts in September.

The Combo Cup will bring competitors from England, Scotland and Wales together in one of the biggest competitions in the country.

For the Henley athletes that are aiming to compete in the National Age Group Competition next year, the summer will only allow a short break before they continue with the training that has been dominating their time.

The club has received sponsorship from several sources this year. The children have received DryRobes from David Bray Motor Engineers and have qualified for funding from GLL Better Leisure, at the Leisure centre on Gillotts Lane, which allows them to further their training schedules and with the support of Henley swimming club, they have been able to work on stamina training and stroke improvement.

The amount of training required is quite extensive and the club are always looking for further sponsorship to help develop the sport locally and continue with the achievements that they have reached so far.

The club will be holding their next trial day on Sunday, September 15, when anyone wishing to give synchronised swimming a go is urged to attend. For further details contact synchro@henleysyn
chronisedswimmingclub.org