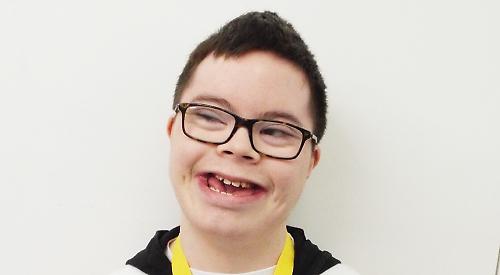 A HENLEY College student has become the first male swimmer in the world with Down’s Syndrome to compete in a synchronised swimming championship.

Henry Paxton, who is in his second year in Pathways at The Henley College, has just competed in the fourth European Swimming Down’s Syndrome Championships held in Bobigny, France.

His team performed well and picked up a bronze medal and plate trophy.

Paxton swims with the Electric Eels, a swimming club specifically for children and adults with Down’s Syndrome.