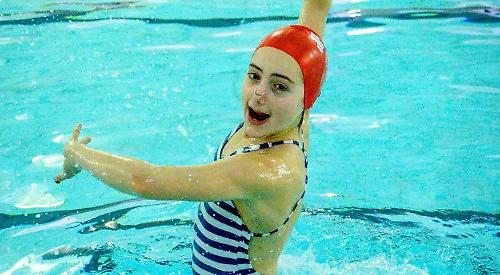 A 12-YEAR-OLD girl from Henley Synchronised Swimming Club has been selected to train with the South East squad.

Zara Warren, 12, was ranked fifth in her age group last year and has been selected for the South East Regional squad for 13 to 15 year olds.

The youngster, who lives in Sonning Common, had her first figure competition just before she turned eight where she won her competition.

Having gained plenty of training Warren’s performances improved and in 2016 she competed in her first National Age Group Championships. She has subsequently gone on to compete in the championships every year since.