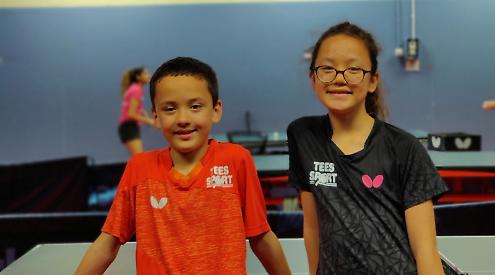 A 10-YEAR-OLD from Caversham Heights has won bronze in an individual event and silver in the team event representing England in the recent British Primary Schools Championship in Guernsey.

Theo Kniep, who attends the Heights Primary School and is ranked number two in his age group in England, had previously won a bronze in the National Schools Individual championship in U11s representing Berkshire.

Theo’s twin sister, Chloe Kniep, also attended the National Schools Individual Championship but was knocked out in the round
of 16.

Both twins, have also secured their places in the upcoming Mark Bates Ltd U11 and U13 National Championships in June in Aldersley.

Last month the twins took part in the World Table Tennis Youth Contender in Tunisia where they were both knocked out at the semi-final stage.