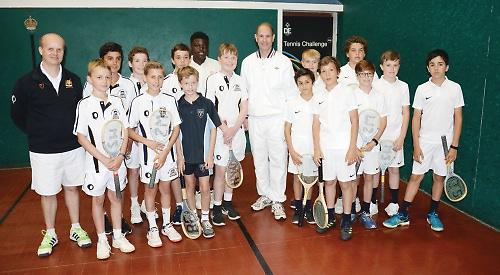 He was greeted by pupils from Woodcote Primary School before playing three sets of real tennis on the independent Catholic boys’ school’s court.

The Prince was visiting to promote the sport and raise money and awareness for the Duke of Edinburgh’s Award scheme, which his father Prince Philip founded in the Fifties.