Starkey: Reformation was the first Brexit... 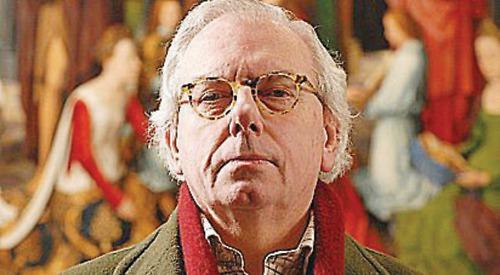 TOP historian David Starkey will be drawing illuminating parallels between the reign of Henry VIII and our own seemingly unprecedented times when he gives a talk at the Kenton Theatre next Saturday (March 25).

Professor Starkey will be bringing to bear his unique knowledge of Henry’s life and times on the one hand and his insights as a leading commentator on modern politics on the other.

He said: “Henry VIII is the only king whose image we remember. He bestrides our history like a colossus and the decisions he took still reverberate today.

“The Reformation was the first Brexit, his ministers devised the doctrine of parliamentary sovereignty, and his tumultuous personal life pitted religion against politics as brutally as in our own age of Isis.”

Professor Starkey’s hour-long talk, which starts at 7.30pm, will be followed by a 30-minute question and answer session.

Tickets are £18 with some concessions available. For more information or to book, call (01491) 575698 or visit www.kentontheatre.co.uk

Professor Starkey has previously said of the period: “The Tudors simply is this — it is a most glorious and wonderful soap opera. It makes the House of Windsor look like a dolls house tea party, it really does. And so these huge personalities, you know, the whole future of countries turn on what one man feels like when he gets out of bed in the morning — just a wonderful, wonderful personalisation of politics.”