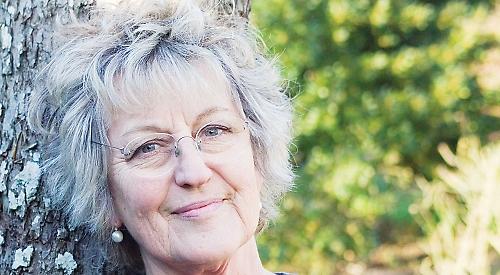 FEMINIST author Germaine Greer has told how she was inspired to embrace environmentalism by the early Greenham Common protesters.

She was speaking ahead of a talk she is giving in November at the Kenton Theatre entitled “Life on Earth — the Inevitability of Ecofeminism”.

“When Welsh women turned up at the RAF base at Greenham Common in 1981, they were carrying a banner that read ‘Women for Life on Earth’. Theirs was direct action, born of gut reaction, virtually innocent of theoretical framework.

“Feminists can be found wherever the planet and our fellow earthlings are in trouble. They shepherd stranded cetaceans back into deeper water, stand in front of lorries carrying live animals to slaughter, lash themselves to conveyor belts in protest against the logging of old-growth forests, march and lobby against the threat of fracking.

“The action women cannot be moved to take on their own behalf, they take on behalf of the planet. If the planet is to survive and human beings are to continue to inhabit, then this female energy must be unleashed.”

The hour-long talk on Monday, November 27, starts at 7.30pm and will be followed by a 30-minute question and answer session.

Tickets are £16 with concessions £14, including a £1 theatre restoration levy.