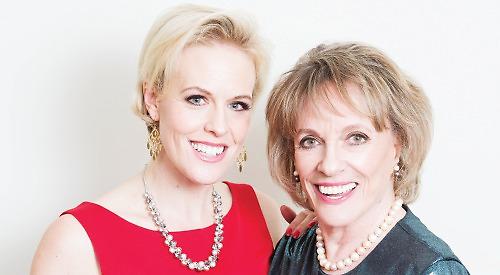 FROM dogs that could say “sausages” to the UK’s most amusingly shaped vegetables — in the course of her 50-year broadcasting career Dame Esther Rantzen has pretty much seen and done it all.

Now she is touring the country to relive the highs and the lows — which included being arrested for obstruction while filming a vox pop for That’s Life!

Her 21-year stint hosting the BBC One magazine show, which ran from 1973 to 1994, saw her revel in its uniquely British mix of the silly and the deeply serious.

The latter ranged from a safety campaign flagging up the importance of wearing seat belts to the founding of Childline in 1986. More recently, Esther has followed up on this by founding The Silver Line to help older people.

With so many milestones to celebrate, Esther decided to hit the road in 2018 with her first ever live UK tour.

This will take her to the Kenton Theatre tomorrow night (Saturday), where she will be interviewed by her daughter Rebecca Wilcox.