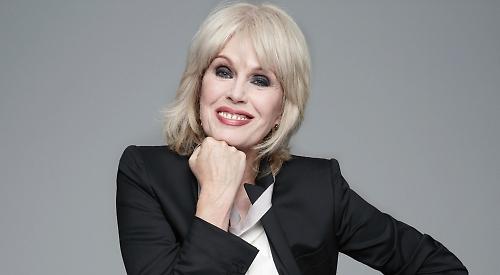 Joanna, whose recent film roles include Paddington 2 and Finding Your Feet, will take audiences through her hilarious and interesting adventures from her incredible career spanning more than four decades, recounting some never-heard-before stories.

Announcing the show — ironically entitled It’s All About Me — Joanna said: “The thought of this tour, travelling across the British Isles and Ireland, has completely taken over my waking hours. It’s utterly thrilling to start planning the stories I can tell, and the rapture — and gratitude, to be fair — with which I shall greet the audiences. Nothing like this has come my way before, and I may have to be dragged off with a hook at the end of each show. Oh people! This is especially for you from me, with masses of love. I think it will be fabulous.”

Tickets for the Oxford show are available from the New Theatre box office on 0844 8713020 or via www.atgtickets.com/oxford

Joanna appears to have been a permanent fixture in our sitting rooms since she burst on to our screens as Purdey in The New Avengers in 1976.

Joanna’s breakthrough role was as Purdey — a part for which more than 800 girls auditioned. Purdey propelled her to instant fame and created one of the “must have” hairstyles of the Seventies — the Purdey bob. She became a pin-up figure for a generation of British males who grew up watching her as the high-kicking action girl.

Then as Patsy Stone in Absolutely Fabulous she became a degenerate role-model for a generation. Winning two Baftas, Joanna emerged as one of the leading comedy actresses of her generation.

As the producer of Girl Friday in 1994 he was personally responsible for her appalling living conditions and meagre diet. It was this experience that cemented their friendship.

With an extra show having been added at the Theatre Royal, Drury Lane, the tour now includes two London dates. For more information, including a full list of venues and times, visit www.joannalumleylive.com