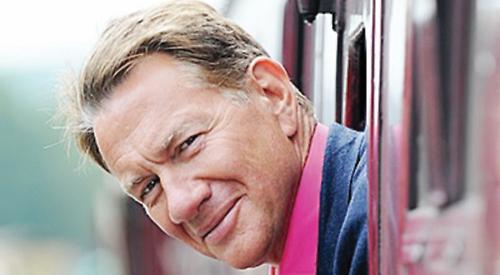 IT was May 2016, and with the EU referendum fast approaching, David Cameron’s government had just set out its legislative plans in the Queen’s speech.

Sat opposite Andrew Neil on the This Week sofa, Michael Portillo offered his verdict: “After 23 years of careful thought about what they would like to do in power ... the answer is nothing.”

Portillo’s own political rise had been meteoric. It took him little more than 10 years to reach a point where he was seen as a possible future PM.

Although his career then came to a humiliating end, memorably losing his Enfield Southgate seat in May 1997 before a watching nation, he has since reinvented and endeared himself to many with his obvious respect for the solid workmanship found in the great railways of the world, the effect of the railways on the history of countries, and the daily lives of their people.

Now he is coming to the Kenton Theatre on Saturday, January 12, with his talk “Life: A Game of Two Halves.”

Listen to his story, told with a “parliamentary stand-up” wit, and then feel free to question him about it. The talk will be followed by a book signing.