Dame Joan’s taking to the stage without a script 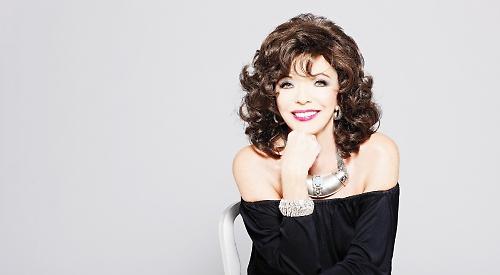 SHE’S an actress, a bestselling author and a highly regarded newspaper and magazine columnist.

But when she embarks on a UK theatre tour in the New Year, former Dynasty star Joan Collins will be something she rarely is when she takes to the stage — unscripted.

The veteran actress, 85, who was made a Dame in the 2015 New Year Honours, will be lifting the lid on some of the exciting stories and secrets from her long career — which includes a previous one-woman show.

Joan said: “I so enjoyed my 10 years performing One Night with Joan all over the world that I am delighted to be doing an entirely new show. Each performance will be different, so if you liked me in Salford come and see me in Edinburgh. And if you don’t then stay at home and watch Corrie.”

Armed with her trademark dry wit, Dame Joan will present an intimate first-person behind-the-scenes tell-all on her life, loves and career highs and lows.

The show will also include an audience question and answer session and offers fans of the star a rare opportunity to spend an entertaining and unforgettable evening in the company of a true legend of stage and screen.

Born in London, Joan studied at RADA before moving to Hollywood in the Fifties, where her classical stage training prepared her for some major movie roles. In the late Seventies she appeared as a sexy siren in The Bitch and The Stud, written by her sister Jackie. She then landed the part of Alexis Colby in Dynasty that later earned her a Golden Globe and a star on the Hollywood Walk of Fame.

• Joan Collins Unscripted opens at the Anvil in Basingstoke on Friday, February 15. For more information and to book, visit www.seetickets.com
/tour/joan-collins