Ann’s talking about politics and showbiz 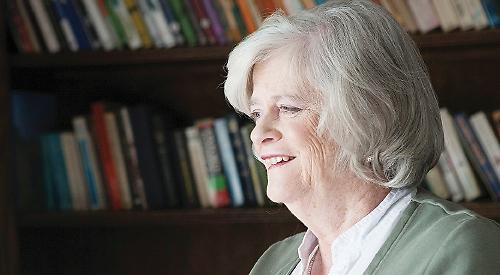 SHE was once known as “Doris Karloff” in political circles thanks to her then perhaps less than flattering pudding bowl haircut, writes Matthew Wilson.

But Ann Widdecombe always had something to say for herself.

In 1997, while still the MP for Maidstone and the Weald, she told the House of Commons that Conservative leadership candidate Michael Howard had “something of the night” about him — prompting newspaper cartoonists to depict him as a vampire.

But after retiring from politics at the 2010 general election, she appeared on that year’s series of Strictly Come Dancing and saw her image transformed.

No less an authority than the Guardian newspaper — which once employed her as a no-nonsense agony aunt — has since hailed her as a “national living treasure”.

Now she has embarked on her first ever national theatre tour, which will see her play the Kenton Theatre on Wednesday (February 20), followed by Norden Farm in Maidenhead on Thursday (February 21).

Strictly Ann: An Evening with Ann Widdecombe promises to be as entertaining, enlightening and as controversial as you would expect.

Margaret Thatcher and Craig Revel Horwood collide as Ann lifts the lid on life in Westminster and shares behind-the-scenes gossip from some of the nation’s best-loved TV shows including Have I Got News For You, Celebrity Big Brother and of course Strictly.