Author has got ‘bad words’ in his sights 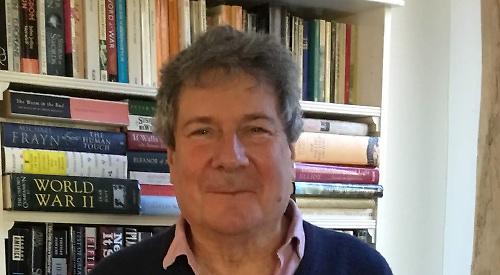 THE author of a book about “bad words” is to give a talk at Henley Library in the New Year.

Philip Gooden, who lives in Holton near Oxford, is known to Henley Standard readers as a reviewer of theatre, exhibitions, and events at the Henley and Cliveden literary festivals.

An author of fiction and non-fiction, his previous books on language include Who’s Whose?, The Story of English and the award-winning Faux Pas?

Mr Gooden is due to speak about his latest book, Bad Words: And What They Say About Us at Henley Library at 6pm on Monday, January 27. Admission is free and all are welcome.

A spokesman for the book’s publishers, Robinson, said: “Once upon a time, the worst words you could utter were short, simple and tended to be four letters in length. Now things are more complicated.

“To be insulted as a ‘snowflake’ or an ‘expert’ is arguably worse than being called a **** or a **** or even a ****. So what are today’s ‘bad words’ and how are they different from yesterday’s taboo expressions?

“Philip Gooden shows how and why taboo words and contentious expressions, including those four-letter ones, were first used in English. He discusses the ways such words have changed over the years and explores how a single syllable or two may possess an almost magical power to offend, distress or infuriate.

“Bad Words investigates the most controversial and provocative words in the English language in a way that is both anecdotal and analytical. Combining intrigue and scandal, the book delves into expressions connected to religion, ethnicity, nationality, politics, swearing and oaths, and includes contemporary issues like political correctness and elitism.”

• Mr Gooden is also speaking at Blackwell’s in Oxford next Saturday (December 7) at 5.30pm. Tickets are free. To book, visit www.eventbrite.co.uk