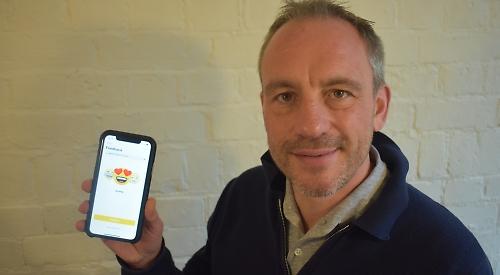 A MAN from Wargrave has released a new app which allows customers to give instant anonymous feedback about their shopping experiences.

Ben Phillis, 45, who lives in Station Road, hopes that EmojitNow will help high street traders by giving them advice on how to improve.

The app is free to download, although it is not yet available on Android devices.

To use it, shoppers simply type in the name of a business into the search bar at the top of the screen and select from one of seven emojis based on their experience.

They are then asked to select a reason for their choice to help retailers, particularly those who receive negative feedback.

Mr Phillis, who spent 25 years working in business development in London, said the best feedback was instant when people were “in the moment”.

“For me, it is all about closing the loop on feedback. If someone leaves you a negative comment, you want to be able to take positive action on it, which you can’t do with just an emoji.”

He decided to release the app after the success of the GrumpNow app, which he worked on two years ago to give commuters the chance to complain about public transport.

His latest app took six months to develop with the help of a team in India. Since completing testing in November, Mr Phillis has been building its bank of search terms and it now has more than 15,000 items.

Businesses have to pay 99p per month to access the data from EmojitNow. The feedback they receive can be sorted into categories such as the age range of the shoppers and the day and time they left their comment.

Mr Phillis said: “With Twitter, you see lots of things trending but you aren’t able to pull any data from it.

“EmojitNow gives real-time data-focused insight into businesses about what their customers are experiencing.

“They no longer have to rely on terminals that tell them whether their customers are happy but not why they feel that way.”

Mr Phillis, who was brought up in Wargrave and returned to live there four years ago, says he is saddened by the decline of High Street and hopes his app can help those businesses that remain.

He said: “High streets are the lifeblood of the community. So many shops have closed and if you don’t support local traders then more of them will be lost.

“The more people who leave feedback, the more information businesses get and then they can find ways to improve.”

Mr Phillis, who is originally from Edinburgh, went to Robert Piggott Junior School in Wargrave and Crosfields School in Reading and then studied geography at Oxford University.

He lived in Ruscombe before moving to London, where he worked at Eurosport and on the launch of the TV channel Dave.

His father Bob, who died in 2009, was a television executive and then chief executive of Guardian Media Group.

Mr Phillis, one of three brothers, said: “Dad was amazing. He was a real role model to all of us growing up. The amazing thing about him was he had this really important job but whenever he came back to the village he was just Bob.”