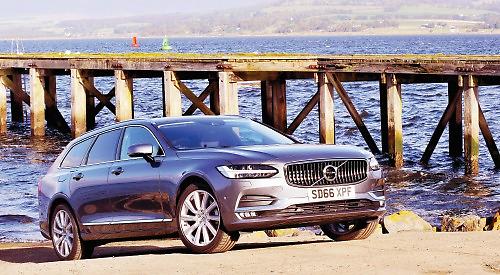 The estate beat tough competition to be named best in class by the Association of Scottish Motoring Writers (ASMW).

The V90 saw off 12 other category winners to take the top title.

Its success follows that of the Volvo XC90, which last year won the Scottish awards’ SUV section.

ASMW president Stephen Park said: “The judging process this year was difficult due to high standards across all market segments.

“However one car — which was a clear winner in its category — just managed to edge ahead of its opponents to take the top title.

“Be in no doubt, the Volvo V90 is an exceptional machine and one which reshapes the estate car marketplace.

“Members of the ASMW were impressed by the way it marries traditional Volvo family values with a head-turning sense of style, advanced technology, safety, driving dynamics and one of the best cabin environments of any car at any price.

“In short, we reckon it’s the most accomplished new car to be launched this year.”