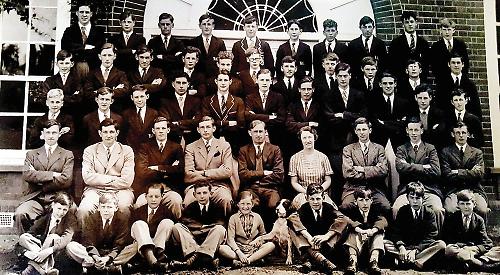 ON June 25 this year, 50 years will have passed since the untimely death of comedy legend Tony Hancock.

Best remembered for Hancock’s Half Hour, Hancock was a giant of British comedy in the postwar years — and to celebrate his life and work his old school will be holding a special event to mark the anniversary.

Hancock was a pupil at Bradfield College, just outside Reading, and on Monday, June 25, the school will be hosting a day of events to remember their old pupil.

Working closely with the Tony Hancock Appreciation Society, the day will include screenings of very rare archive material, guest speakers and a live performance by James Hurn of his award-winning play in which he recreates episodes Hancock’s Half Hour live on stage.

Confirmed guests so far include the actress Liz Fraser, who co-starred in Hancock’s Half Hour and is a veteran of many Carry On films, the author Robert Ross, who has written extensively on British comedy, and Dr Paul Cuff of Warwick University who will be putting Hancock’s work into a wider context.

After afternoon tea in the beautiful school grounds, the day will culminate in the unveiling of a plaque to commemorate Hancock in his old boarding house.

Nic Saunders, event organiser and the current head of drama at Bradfield, said: “We are delighted to be hosting such an event at the school to remember an old pupil and perhaps some of our current pupils will be inspired to find out more about this extraordinary man.”

Tickets for “Tony Hancock — A Celebration” are £55. To book, visit www.ticketsource.co.uk/
bradfieldevents

All profits from the event, which is taking place as part of this year’s Bradfield Festival, will be donated to the Samaritans in Hancock’s name.